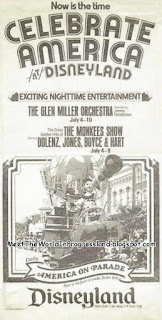 I recently came across 4 pages from the Independent/Long Beach Press Telegram, dated July 4th, 1976. The Disneyland advertisement above is from one of those pages. Here are some other items that were on those 4 pages from July 4th, 1976. . The nation was celebrating it's 200th birthday that day.... 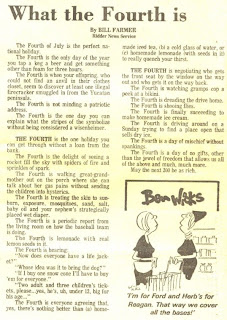 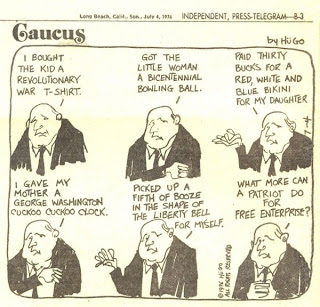 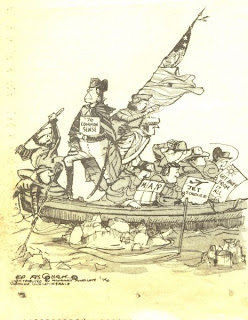 Here's a "Letter To The Editor." 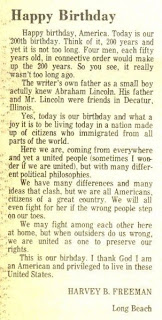 This is a small sampling of what was going on in the entertainment world. 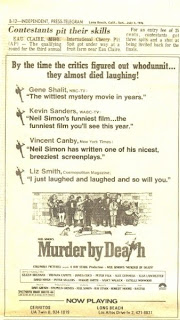 Alfred Hitchcock was still making movies, although "Family Plot would be his very last one. Also, "The Wiz" was live on stage at The Ahmanson in Los Angeles (this was a couple years before the movie version.) 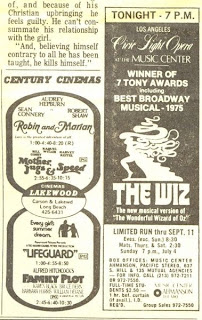 I had to look up J.D.'s Revenge because I had never heard of it before. The tag line for the movie was "He came back from the dead to possess a man's soul, make love to his woman, and get the vengeance he craved!" It looks like Louis Gosset Jr. had second billing in the movie. As for the film listed in the bottom right corner....who knew that they actually used to advertise rated "X" films in the newspaper! Oh yeah, and a little movie called "The Omen" was out that year too. 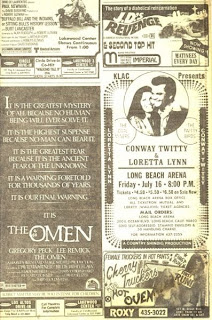 Here's an ad for auditions for a new game show. Hmmmm, never heard of it. It must not have been very successful. 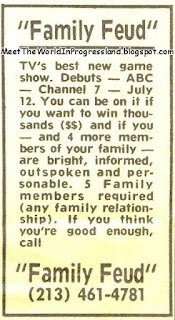 Don't go to the mall today. They will be closed. Actually, I don't know if they are open or closed. I remember when almost everything would be closed on the Fourth of July as well as other holidays....7-Eleven stores were the exception. You would even be hard pressed to find a gas station that was open. THAT doesn't happen anymore. As for the Los Cerritos Center, I remember going there as a kid with my mom and my brother. It opened in 1971 and it was a pretty groovy mall, but unfortunately all of it's 70's splendor got removed in the early 90's when it underwent a major remodelling. 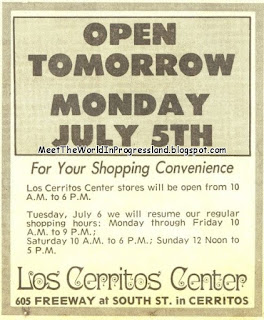 No cable boxes or digital scanners were needed to view this special TV show on NBC. If you didn't want to watch this show, you could get up from where you were sitting and walk over to the television and turn the dial to switch to one of the other six channels that were available. 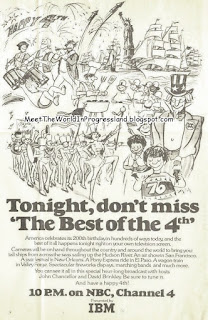 Gee, I didn't even say anything about "America On Parade" at Disneyland. Well, in my opinion, it was one of their best parades ever. It had huge over-sized costumes and floats, as well as lots and lots of performers. It was also a very long parade. They just don't produce parades like that anymore....at least not here in the U.S. parks. I have some souvenirs from the parade that I will try to get posted at some point. These include a large collection of professional slides that were sold at the park and also the parade's soundtrack that was available as a 33 1/3 rpm "picture disc." I was very pleased to discover recently, that Tokyo Disneyland uses several of the songs from the soundtrack in the waiting area for their Mark Twain Steamboat!


I hope everyone has a very happy and safe Fourth of July!
Posted by TokyoMagic! at 1:13 AM

What Tracking or Songs of America on Parade Appears at Tokyo Disneyland's Waiting Area.

Hi Josh, I would have to locate my video of the Mark Twain dock area at TDL to be sure exactly which songs are played, but just from memory, I want to say that they use "Oh Susanna", "Suwanee River", and "Waiting For The Robert E. Lee."

Thanks for Letting Me Know. I Never Been to Tokyo Disneyland or Disney Sea (Due to the Parks Being Expensive). But I Am Glad that You Found BGM from TDR.
I Also Try to Recreate the Background Music that is Tokyo Disneyland (Even the Waiting Area at the Mark Twain)