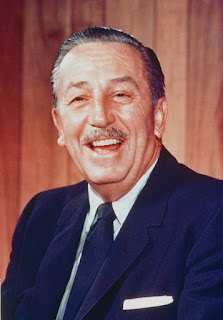 We have just a quickie post for today (oh my gosh...two posts in one month!!!). This is a Los Angeles Times article from the year 2000, about how the cast members at Disneyland were finally being allowed to have mustaches.

The ban on facial hair was established by Walt Disney in 1957. That's kind of funny, considering he himself had a mustache. "Do as I say, not as I do!"

I also think it's funny that by the time mustaches were finally allowed, the workers didn't even care since most of them didn't want to have JUST a mustache. "You'd look like one of the Village People"......HA, HA! I'm assuming the cast member that said that was fairly young and I'm surprised he even knew who the Village People were! At least he got his wish for the company to allow goatees. Beards and goatees were finally allowed on cast members starting in February of 2012. I wonder if that cast member was still working there 12 years later. I know....it's highly doubtful!


Today's post can be placed under the heading of, "Tragic Kingdom."

First up, we have two cartoons from The Los Angeles Times. Both are referencing the measles outbreak that affected more than 140 people here in the U.S. and spread to Canada and Mexico, as well. The outbreak was traced back to Disneyland, with a starting time of December 2014. Four months later, the California Department of Public Health reported that there were no new cases within the U.S. (from this particular outbreak), and that nobody had died. The outbreak sparked a national debate over vaccinations, because most of the people that were affected had not been vaccinated.

This first cartoon is by political cartoonist and illustrator, Ed Hall. I like how he incorporated the Disneyland sign, which used to stand at the entrance of the old Disneyland parking lot from 1989 to 1999. 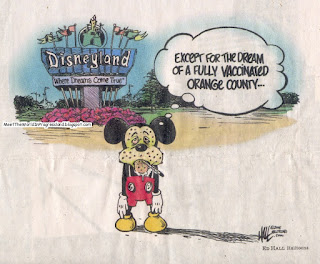 And this one is by political cartoonist, Tom Meyer. It might be a little difficult to make out, but the back of the mom's T-shirt reads, "Moms Against Vaccines." Next we have an undated article from The Los Angeles Times. I am guessing that it is from the 1990's, but maybe somebody out there remembers this story and will chime in with the year or at least confirm the decade. (Post Update: Meet The World reader, "Chuck" has posted a comment below with a date of April 16th, 1981, for this incident. Thank you, Chuck!)

I cut out this next article when I was very young. It is one of the two oldest newspaper clippings I have related to Disneyland. I believe it is from around the approximate time period of 1974-1976. I remember cutting it out of my Grandmother's local newspaper, The Daily Breeze, which serves the South Bay area of Southern California. I also think I shared this one during "current events" at school.

This incident is much more recent (May 28, 2013). It turned out to be a Disneyland cast member that had put the dry ice into a bottle and placed it in the trash can. 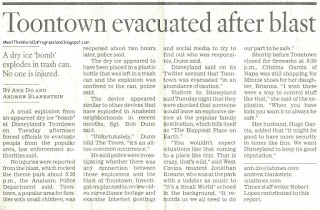 I decided to include this Knott's Berry Farm Log Ride incident that occurred in 2014 (the article is from 2015). 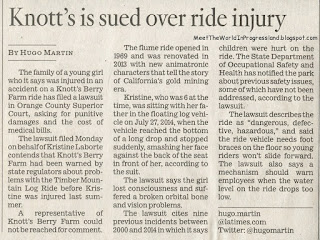