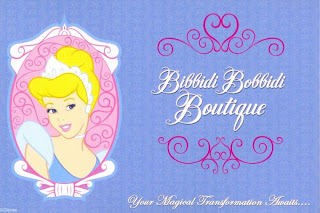 .
Your magical transformation awaits....for a price! Let's visit the Bibbidi Bobbidi Boutiques in both Disneyland AND Tokyo Disneyland.
. 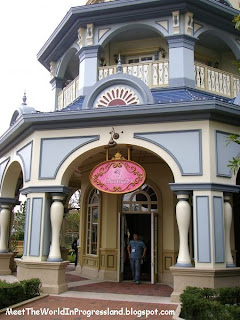 .
Above and below, are exterior shots of Tokyo's version which opened inside their brand new Tokyo Disneyland Hotel last July.
. 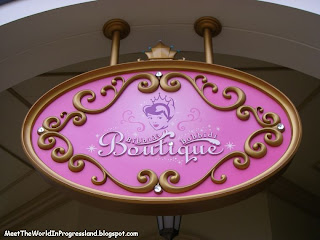 .
Next, we have two shots of Anaheim's version which opened earlier this year in the space that once housed the Tinkerbell Toy Shop in Fantasyland. Notice how the original wood carvings of Captain Hook, Mr. Smee and the Crocodile are all still present under the eve of the roof. While they don't really fit in with the Cinderella boutique theme, I'm certainly glad that these little gems were not removed!
. 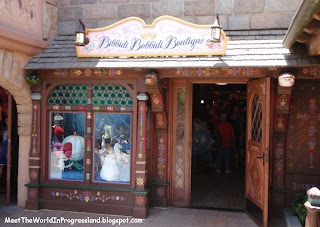 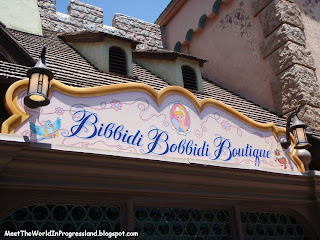 .
Here's a comparison of the interiors...Tokyo is shown first.
. 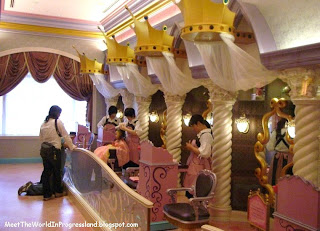 .
Tokyo's seems to be just a little more "boutique-ish." Anaheim's isn't quite as posh.
. 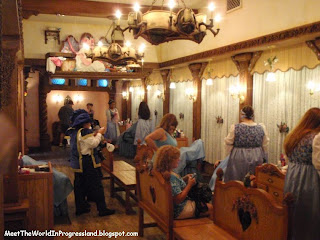 .
This is the official brochure for Tokyo.
.

.
Here's a close-up of the three choices and their prices. Since the brochure is in Japanese only, I don't know the names of the packages or what they include, but the highest level package (the first photo) costs the equivalent of $269 U.S. dollars. The second is $68 and the third is $56.
. 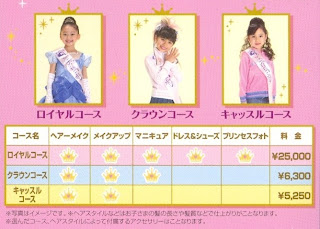 .
This is the brochure for Anaheim, which is really just one piece of paper, printed on both the front and back.
.

.
The difference between the lower two levels appears to only be the inclusion of nail polish. Anaheim doesn't list their prices, but here they are: The Coach Package - $44.95, The Crown Package - $49.95, and The Castle Package - from $195.85 to $205.85 (depending on the choice of princess gown and shoes.)
.
All three packages include a choice of one of the following hairstyles.
.

.
One morning while I was in Tokyo, I woke up feeling really blah....I felt like a real slob...and THIS is what the Bibbidi Bobbidi Boutique did for me.....
. 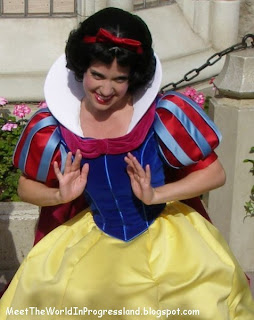 Okay, so I'm also a fan of "I Love Lucy." Just in case the quote wasn't recognized, it's from the "Mr. and Mrs. TV Show" episode, when Lucy "plugs" Phipps Department Store's beauty salon.

Just... terrible. A photo of Lucy in a burlap sack would be more appropriate.

BIWATW, Ha! I love it! They could dress the kids up in burlap sacks with ice buckets and feedbags on their heads! A Lucy and Ethel boutique! Universal Studios should have put something like that at the exit to their Lucy Museum. They could call it Ethelu's.....OR Lucyeth'sss which I think is more pleasant to the ear!