This is the second in my series of "Places I've Never Been" posts.

Raging Waters waterpark opened on June 18, 1983 in San Dimas, California, and is still operating today on a seasonal basis. This is a current map of the park: 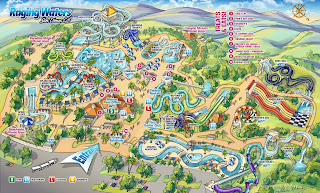 Even though I have never been to Raging Waters, some of my family members visited the park back in 1984. Here are some pics from that visit.

Looking at that small octagonal building to the left of the slides, and checking the current map of the park, these first two pics look like they are of "Drop Out." 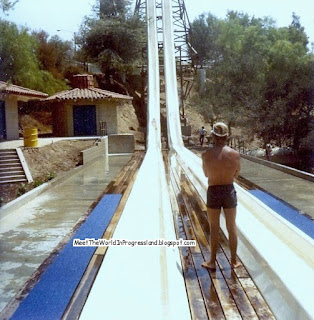 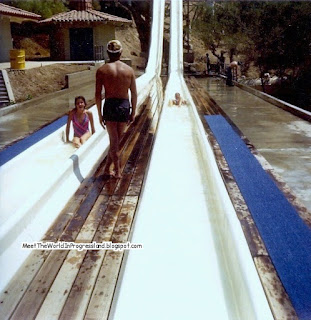 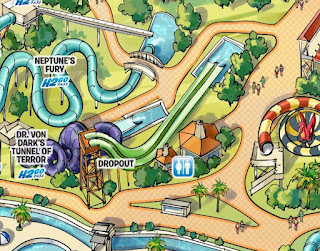 These next three photos show the "Rampage Sled Slides," which have since been removed from the park.  They were located approximately where "The Vortex" sits today. 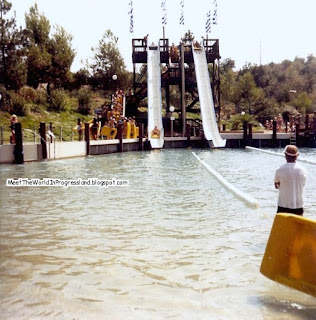 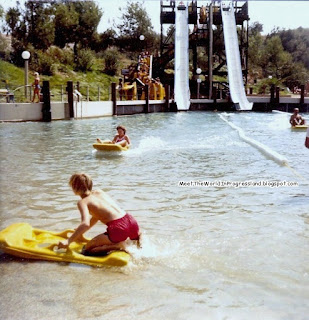 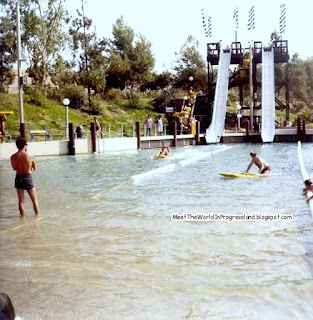 The following two pics show the "Screamer" and "Raging Rocket" slides, which are both still in use at the park, and are now called the "Speed Slides." 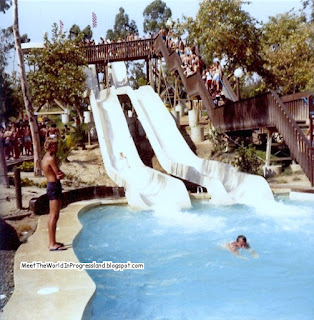 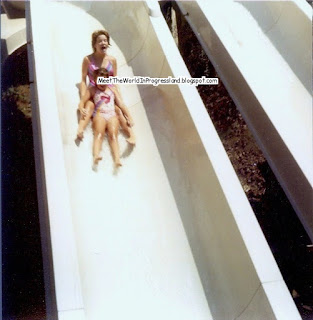 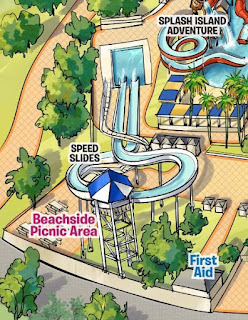 I wonder if this little man-made beach still exists today? 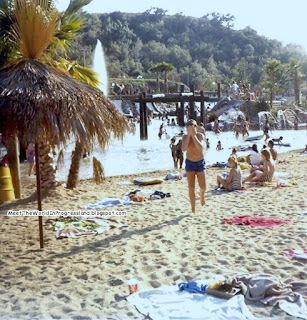 This pic was taken from a road above the park (Puddingstone Drive). The large roundish building in the middle of the photo is the main building, located just inside the park entrance on the current map. There is a beach just to the left of the building and on the far right, the "Screamer" and "Raging Rocket" ("Speed Slides") can be seen. I'm sure this view has changed drastically in the last three and a half decades! 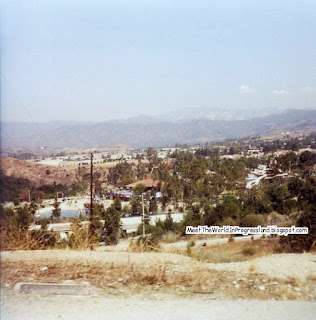 We'll end today, with an advertisement and an article from a 1983 Los Angeles Times advertising supplement. Both of these predate Raging Waters' grand opening by one week. 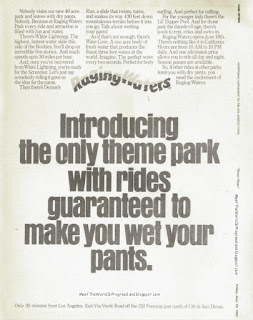 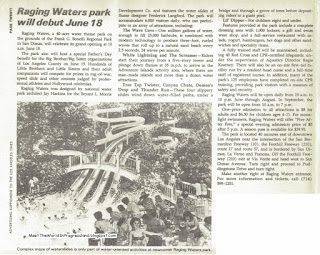 I hope everyone enjoyed this little visit back in time, to Raging Waters' early years!

**POST UPDATE** - The following video is from the Nickelodeon show, "Wild & Crazy Kids." This particular episode was filmed at Raging Waters, circa 1990, and has some really good footage of all three slides/attractions pictured above ("Drop Out," the "Rampage Sled Slides" and the "Screamer" Speed Slide). Special thanks to Eric, from the blog, "...But It Wasn't Always That Way!" for sharing the link to this video!

I found a vintage brochure for Raging Waters, which looks like it could be from the early to mid-eighties.  Both the map and the large "panoramic" photo of the park, answer some of the questions I originally had when writing this post. 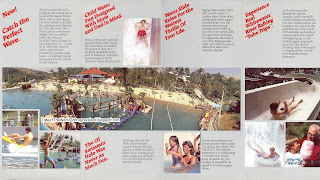 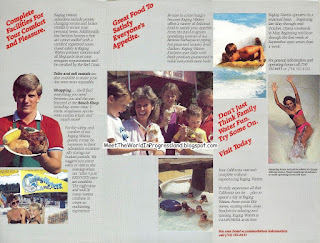