Today, we have another "Little Golden Book" from my childhood.  This one is actually labeled as, "A Mickey Mouse Club Book," on the cover. 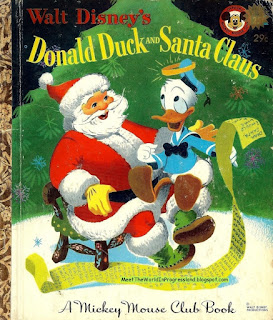 However, the inside of the book has the "Little Golden Book" label.  (This particular book belonged to my older brother and had his name printed in it, along with a date of "DEC. 1965") 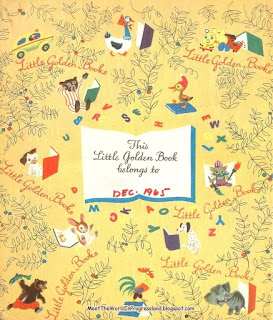 A later reissue of this book, had the Little Golden Book label on the interior and the exterior, as seen in this image from ebay. 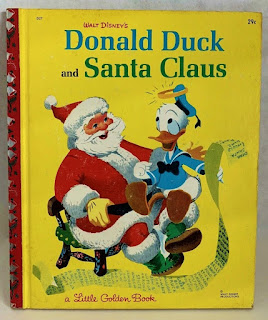 For some reason, the title page had been ripped out of my brother's book, and the publishing information on the reverse side went along with it.  Fortunately, I did find the images for both pages on ebay: 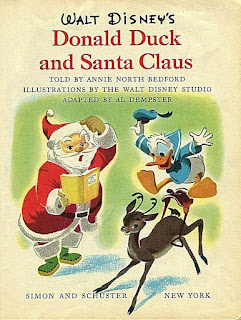 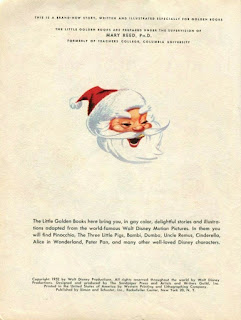 And here is the story of Donald Duck and Santa Claus, in it's entirety: 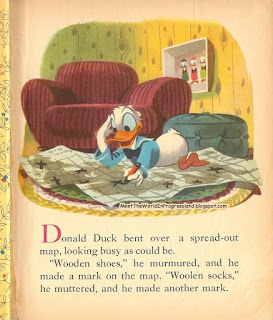 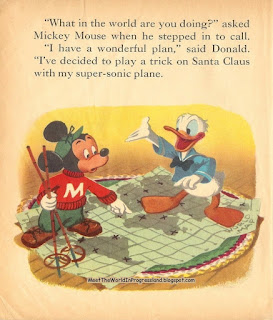 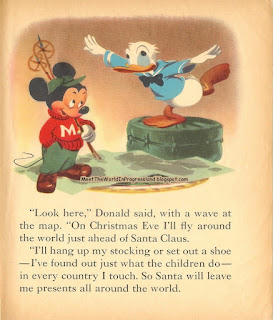 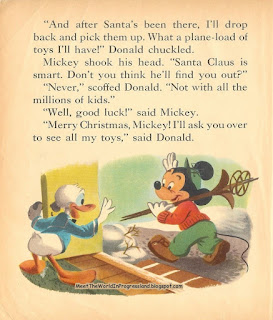 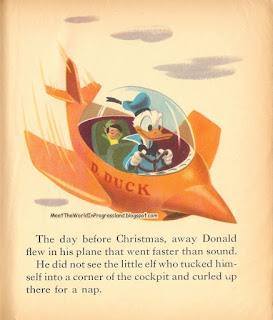 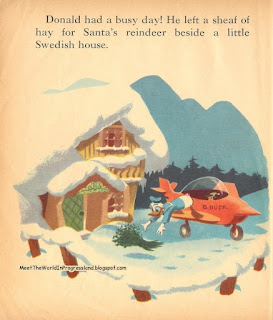 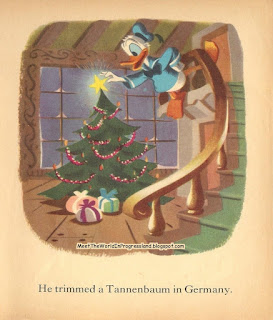 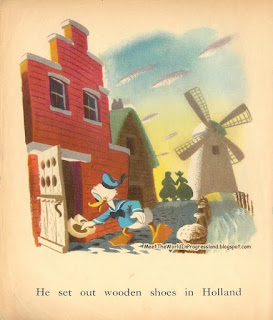 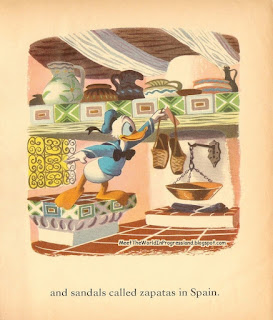 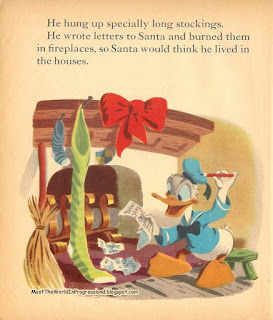 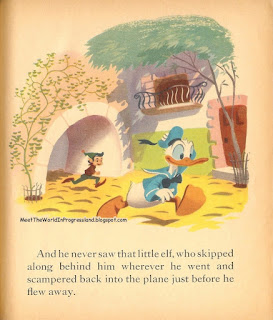 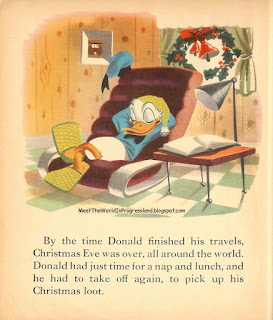 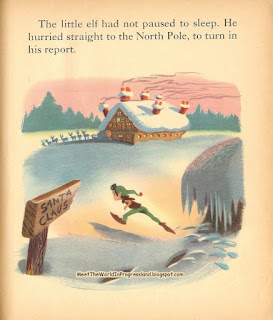 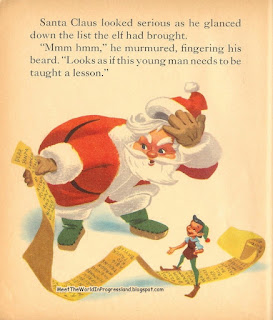 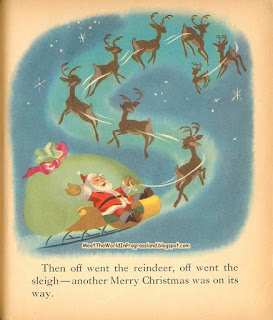 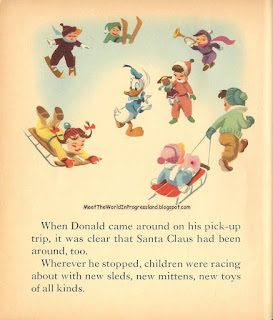 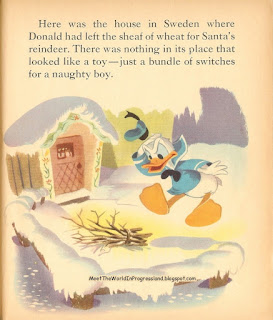 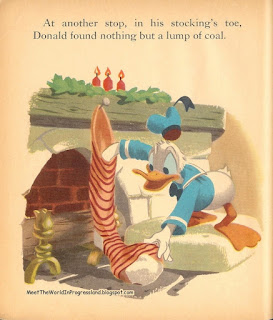 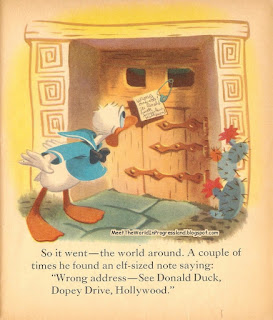 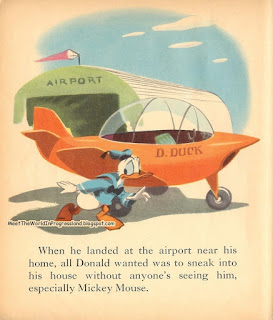 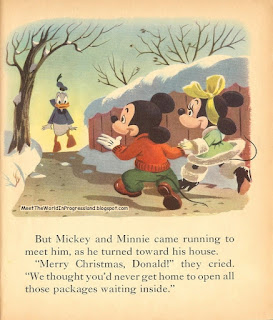 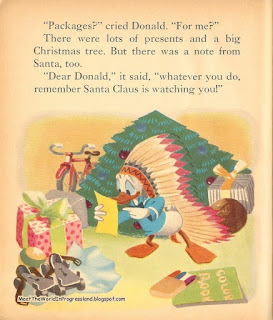 The inside of the back cover had a list of more Little Golden Book titles that were available: 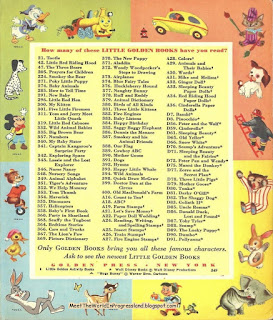 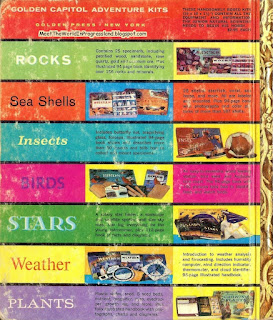 Here's an extra holiday item!  My brother and I each had one of these books (from Whitman), when we were kids.  You punched out individual pieces from the pages, and then assembled a large Santa with movable arms and legs.  There was also a three dimensional scene to put together, with a fireplace, a Christmas tree, and a mini-Santa.  The red suits on the two Santas were "flocked" (fuzzy).  We had these for many years, but somehow, all the pieces have disappeared, with the exception of the front cover of one of the books. 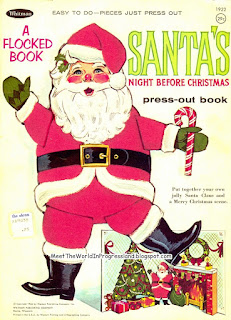 According to the price tag (.25 cents!), this was purchased at "The Akron."  The Akron was a very popular chain of stores, which got their start in the late 1940s.  They sold an eclectic variety of items for the home, many of which were imported.  They were around for over three decades, but by the mid-1980s, they were having financial problems.  In 1985, most of the Akron stores were sold off, and became Circuit City stores.

I hope all of you, have a very safe and happy holidays!