Once upon a time, visitors to Knott's Berry Farm could purchase a souvenir newspaper with custom headlines, or an old-time "wanted" poster with their name on it.

The photo below shows an example of one of the "wanted" posters that were printed and sold in Knott's very own Print Shop. (By the way, the name "Bad Barlow" is a nod to Max Barlow, who was the "Marshall" and Manager of Ghost Town for three decades!) 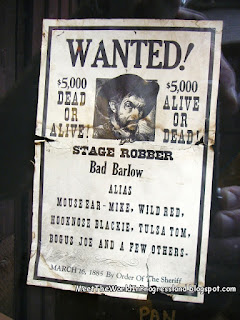 In this publicity photo of actors Mike and Judy Farrell, Mike is being presented with his own personalized wanted poster. 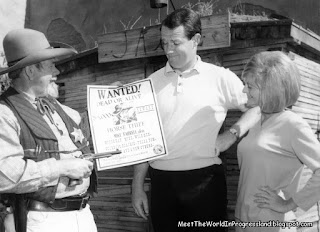 The Calico Print Shop was located on Main St. in Ghost Town, between the Drug Store and the Sheriff's office. 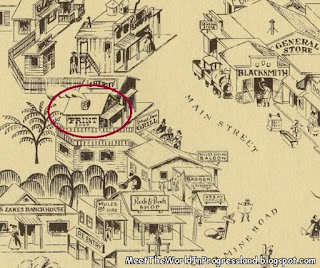 Unfortunately, the Print Shop closed years ago. Since it's closure, the space has had various tenants, including a Teddy Bear shop. This photo was taken in 2007. 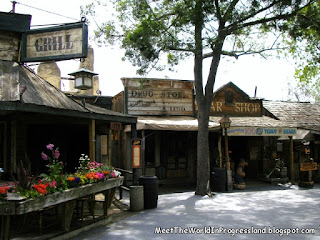 Note the banner that reads, "Celebrating 100 Years of Teddy Bears." (Incidentally, the first Teddy Bear was created in 1902 and was named after then-president, Teddy Roosevelt.) 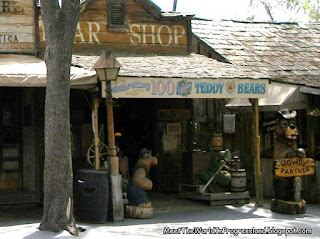 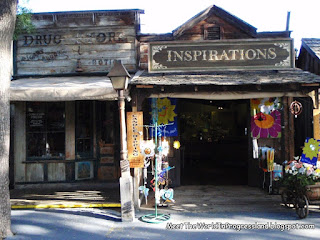 Today the shop is called Miss Doolittle's and sells make-it-yourself necklaces, bracelets, keychains, "princess wands", and a variety of other crafty-type items. 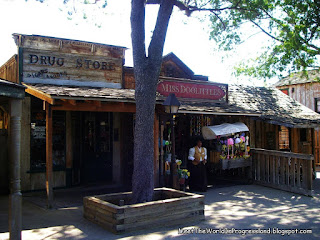 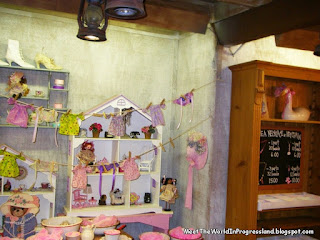 I wish I had thought to photograph the Print Shop myself, at some point before it's closure. Here are two photos showing the exterior and interior of the shop, courtesy of Major Pepperidge over at Gorillas Don't Blog.....thank you, Major! Both photos were taken in 1960. Note the two sample wanted posters hanging on either side of the doorway to the shop. 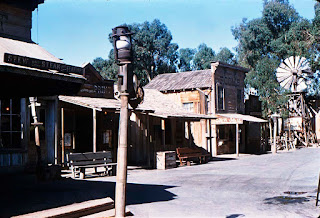 Compare this pic to the current interior shot and you will see the same overhead beam in the upper right hand corner of both photos. (Or maybe it's a new beam that replaced the older one at some point?) 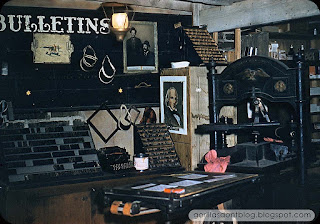 And lastly, here is my very own souvenir poster from the Print Shop. My aunt and uncle had gone to Knott's in the early seventies, and brought back custom-printed wanted posters for my brother and me. Before giving them to us, my aunt tacked them onto wormwood planks to give the effect that they were posted on a rustic fence. 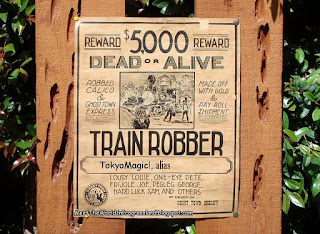 My poster hung in my bedroom from about the time I was 5 years old, until I was in my teens. Unfortunately, the posters started to "crumble" as they became brittle with age. I eventually mounted mine on a piece of poster board to keep it from completely disintegrating, which is basically what happened to my brother's. His was the "Stage Robber" poster like the one in the first photo. Many years ago, I removed the poster from the wood mount and tucked it away for safe keeping, but I recently found the wood in my mom's garage, so I tacked it back up for this photo. Actually, I think I will just keep it this way! I wish I could go to Knott's today and purchase a replacement poster as a gift for my brother! :-(

Here are some close-ups of the artwork: 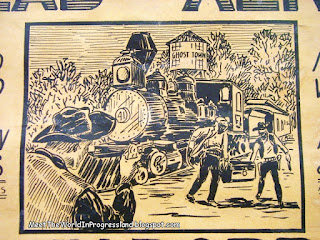 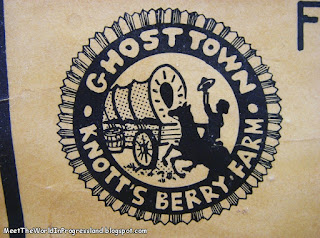 We will end today with this small tribute to actor Dean Jones, who passed away earlier this week. Mr. Jones acted on the stage of the Bird Cage Theater at Knott's back in the 1950's. He is pictured below with Walter Knott, standing in front of the ticket windows of the Calico Railroad Station. Note the reflection of the train's water tower in the windows. I believe this photo would have been taken some time after he became established on the stage and screen, rather than at the time he would have been working at Knott's.

Of course, Dean Jones eventually went on to make over a dozen movies for Disney, including two of my favorites, "That Darn Cat!" and "The Million Dollar Duck." 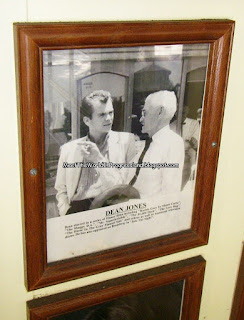