Here's a vintage photo of the The Carousel of Progress in all of it's 1967 glory. Notice the blue and silver railings on the top floor, the ground floor and the exit ramp. 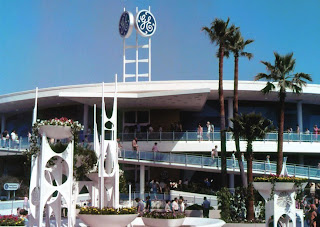 And here is a photo that I took of the building after it's America Sings makeover (this was actually taken after America Sings had closed). Again, notice the blue and silver railings. 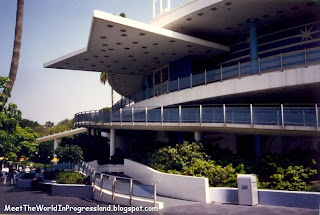 Next, we have a photo of the building after it's 1998 Innoventions makeover. Notice the new brown and gold railings that were added. (Ugh!) 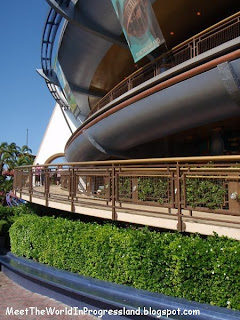 This shot shows the new railings and the stairway that's on the south side of the building (next to the Pizza Port Restaurant.) 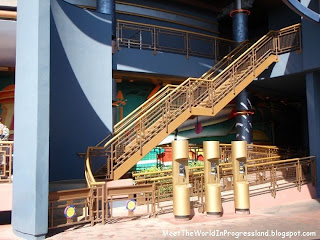 Now this photo was taken just two days ago and shows the stairway on the north side of the building (next to the Hatmosphere Shop) which for some strange reason, has never been updated. This is the same blue and silver railing dating back to 1967! 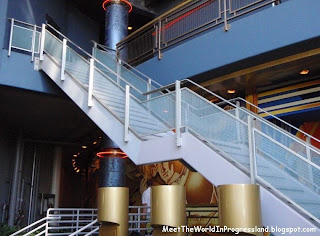 Here's a shot that I took of that same stairway back in 1995. 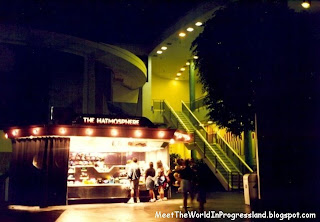 And finally, we have two current close-up shots. 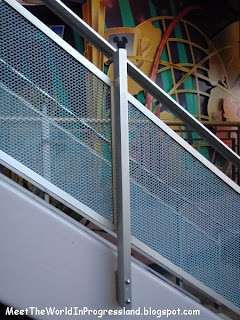 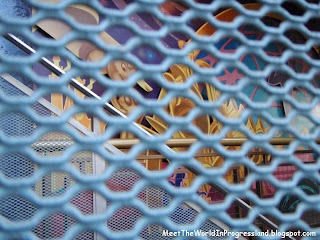 I don't know the reason why this stairway wasn't updated, but I do like the fact that it still exists. Now if only the rest of the building looked the way that it did back when Tomorrowland was a fabulous new "world on the move."
Posted by TokyoMagic! at 9:46 PM

Awesome post!!!! Nice shot of the Stairway, mine always come out dark & blurry!

I agree with Major, and most of the bad choices were the colors!!! Who uses both sets of stairs, just CM's?

I have seen cast members using both sets of stairs. I guess it would be a quicker way up or down rather than using the ramp which goes from one side of the building all the way around to the other side. Actually when you look at it, the ramp starts at one stairway and ends at the other one. I'm thinking the stairways might have originally been installed for building/safety codes reasons. If there were an emergency and they needed to evacuate the upper floor, the stairs would be a much faster way than having everyone use the ramp.