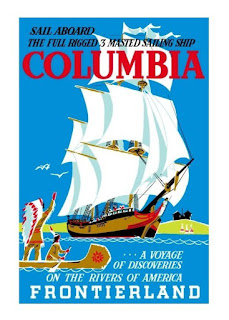 Today's post is another one that can be filed under the heading, "Tragic Kingdom."

Twenty years ago this month, Disneyland's Columbia Sailing Ship was involved in a tragic accident affecting two guests and one cast member. This Los Angeles Times article is from the following day (Christmas Day). 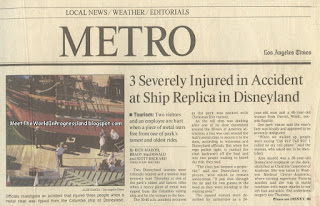 Also mentioned, is a completely separate incident that occurred on the same day. A 4-year old boy fell off of King Arthur's Carousel and ended up in the hospital with a concussion. 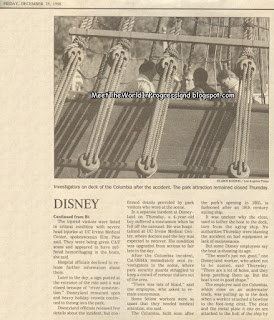 This article doesn't mention it, but the man from Duvall, Washington, who was struck in the head was Luan Phi Dawson. Sadly, he was declared brain dead at the hospital and passed away two days later, after being taken off of life support.

This second article (which I believe was from the O.C. Weekly) asks the question, "Did cost-cutting cause Disneyland mishap?" Some Disneyland cast members were reportedly blaming Paul Pressler for the accident. Can we just blame him for everything that was wrong with Disneyland in the 1990's and 2000's? 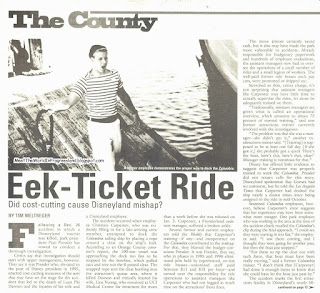 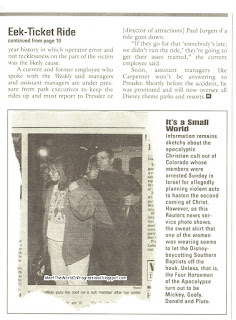 This Los Angeles Times article is from about a month after the incident:

And this short article was published after the Columbia reopened to the public: 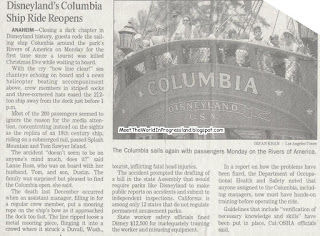