Today, we have more Disney-related articles from New West Magazine. This issue is from 40 years ago, last month. 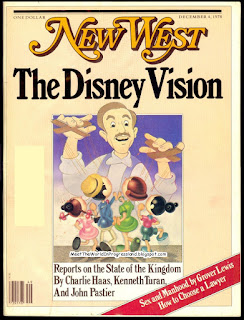 We will start with this article about Disneyland, and an interview with Disney Imagineer, John Hench. 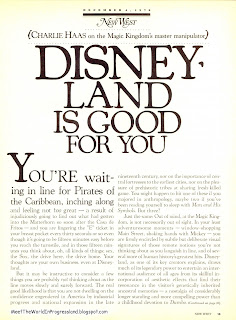 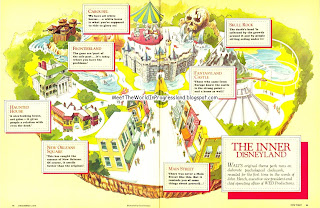 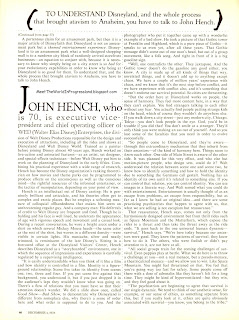 So that's where the phrase "Bad Show!" comes from. It actually originated with Disney. Now it is used to describe their own efforts (or lack of) when they don't meet our expectations. Expectations that they themselves set the standards for, back in the day. 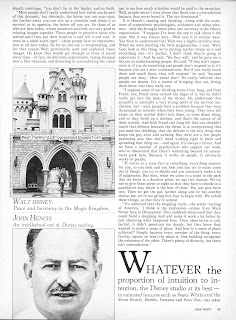 Okay, this article might be getting a little too heavy with all of the psychology.

John Hench points out at the end of his interview, that the trees on Main Street had grown too big and were becoming out of scale. He says that they will have to do something about that. They replaced those original trees along Main Street with smaller ones, three years later (in 1981). 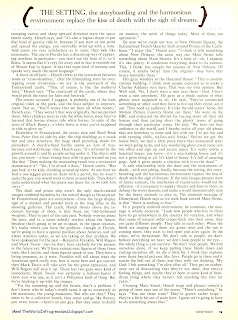 This article about animated films mentions Disney's difficulty in replacing their original "Nine Old Men." To compete with the growing animation market at the time, Disney was just re-releasing Pinocchio that year, since they did not have a new film ready to release.

In Paris, The Rescuers outgrossed Star Wars? And it was Germany's largest grossing film of all time? Interesting! 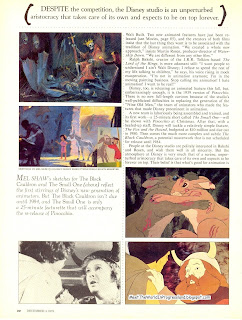 The studio had such high hopes for The Black Cauldron. Unfortunately, it would go on to earn less than half of what it cost to produce. It's also the first animated feature film of Disney's, that never received a theatrical re-releasing. 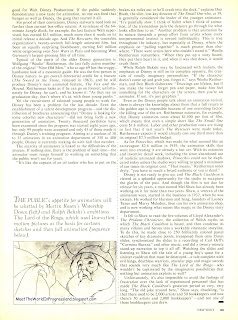 Last up is this article about the upcoming opening of EPCOT Center. I like the quote, "Although it will certainly not neglect our entertainment, it will place even greater emphasis on our education." That certainly isn't a true statement about the park today. Quite some time ago, Disney began the process of removing the educational aspects of the park and replacing them with I.P. based attractions. And today, Disney continues to reduce EPCOT more and more, to just another "Magic Kingdom" park. Sad. 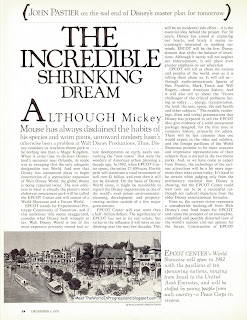 The article goes on to explain Walt's original vision for EPCOT as a real Experimental Prototype Community Of Tomorrow. 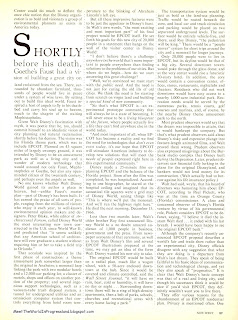 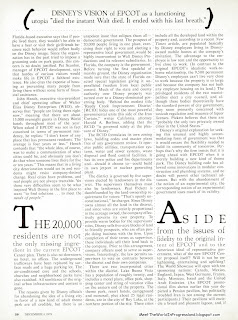 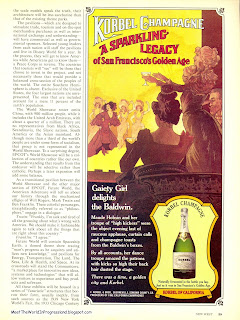 Twenty five million dollars for a ten year lease/sponsorship of a pavilion at EPCOT? I wonder what that fee is today? 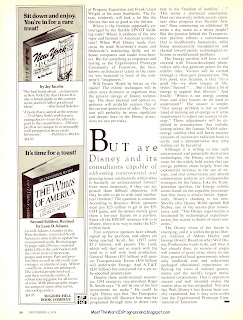 Now let's take a look at some of the magazine's advertisements.

Olivia Newton-John's new album, "Totally Hot" had just been released. This was only a few months after the huge success of her summer movie, Grease. 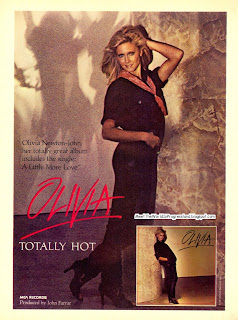 The Carpenters were appearing at the Terrace Theater in Long Beach, and Pia Zadora was appearing at Scandals in Hollywood. (This was before she bought the historic "Pickfair" and had it torn down.) 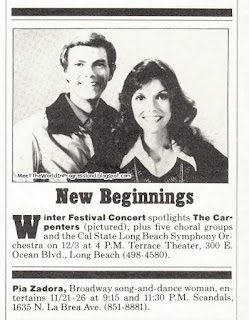 Annie was a smash hit at the Schubert Theater in Century City. Apparently, Regis Philbin liked it! I ended up seeing Annie with my family two years later when it returned to L.A. for a run at the Pasadena Playhouse. It was actually my first "Broadway" play.

This ad for the NBC Studio Tour asked, "What will you see?" I went on the tour just once and the most exciting thing I saw, was the set of The Gong Show and the giant framework/structure that the celebrities sat in on Hollywood Squares. Not too exciting. 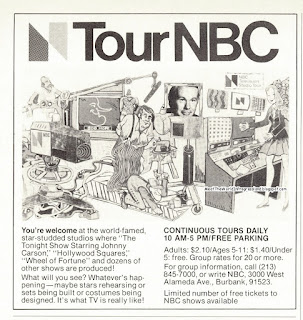 As we saw in one of the articles above, an animated version of The Lord of the Rings was released in 1978. 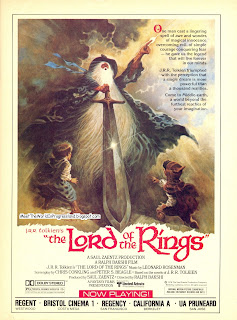 Osko's was a very popular Los Angeles nightclub and was the filming location for the discotheque in the movie, Thank God It's Friday. It's entrance portico had a wonderful mid-century modern design that was reminiscent of the Theme Building at LAX or even the starfish-shaped entrance to Pacific Ocean Park in Santa Monica. Unfortunately, the club was torn down in the nineties and replaced with just another "big box" store. 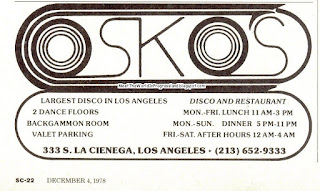 You have to love these fashions. Or not! 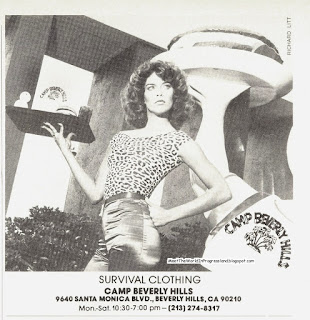 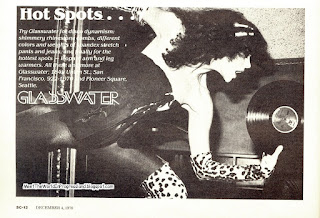 DuPar's is an L.A. institution and their Farmer's Market location is still open for business today. Sadly, their Studio City restaurant closed on January 1st of last year (because the owner of the building would not renew their lease), after being open for more than 70 years in the same location!

The record album "opener" pictured below the DuPar's article, was supposed to save you from getting a "cardboard cut" on your fingers. I don't remember ever seeing one of those, even though I shopped at both Music Plus and Tower Records. 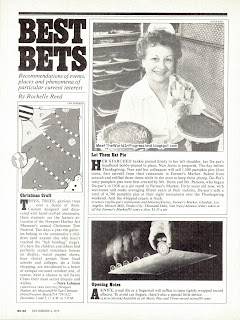 Dig those plaid seats on the Dodge Challenger! And remember when cars had those locking gas tank doors to keep thieves from siphoning the gas out of your car? This was the era when the country was experiencing both an "energy crisis," and a "gasoline shortage." 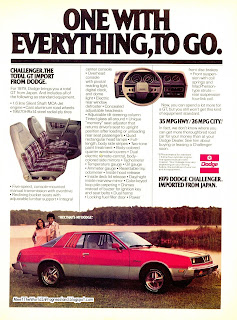 The Sony Betamax video recorder was huge! I wonder what the cost was back then? I didn't know anyone who had one of these, until around 1981......except of course, for the family in Disneyland's Carousel of Progress, "We can even record our favorite TV shows for viewing at a more convenient hour!" 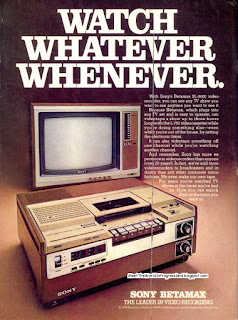 I would also like to know what a mobile phone cost back in 1978. While watching "$ale of the Century" last night on the Buzzr Channel, I saw a mobile phone offered as a prize and the announcer (Jay Stewart) said the value of it was $3,000! That show was from 1985. 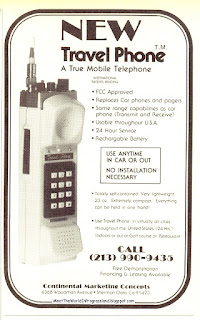 When I was 20 years old, I went on a Sitmar Cruise to Alaska (aboard the S.S. Fairsky) with my grandparents, for their 50th wedding anniversary. They invited the entire family to go with them, but my brother and I were the only ones that were able to get the time off to go. I have some very special memories from that trip! (Incidentally, after being in the cruise ship business for over 40 years, Sitmar Cruises was sold off in 1988 and the ships were all transferred over to Princess Cruises.)

I hope everyone enjoyed this little "voyage" back to 1978!