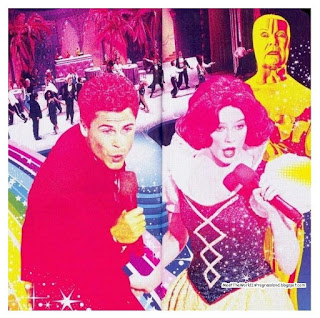 Today, let's take a look at an article from the March 2010 issue of Los Angeles Magazine. It recalls the Academy Awards of 1989, or what the article was calling, "The Worst Oscars Ever." 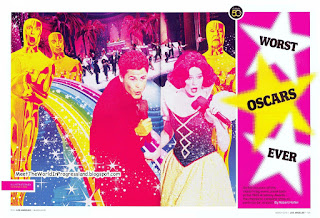 Back in 2011, I did a post about the "trainwreck" of an opening number, featuring Rob Lowe and Snow White. This article gives a step by step breakdown of that opening number and explains the backlash that was experienced by it's producer, Alan Carr. 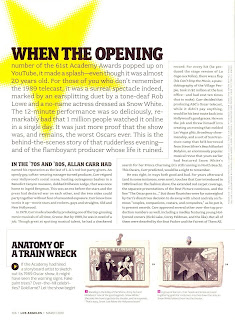 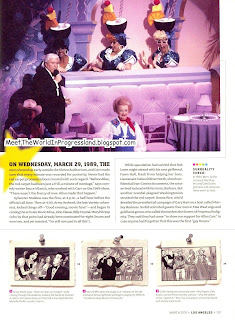 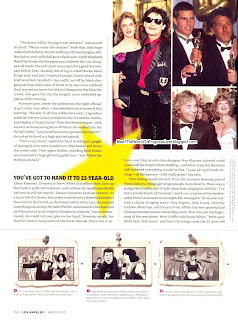 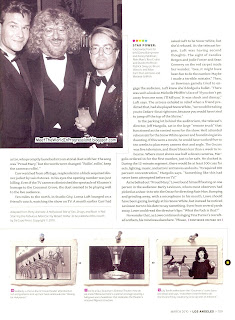 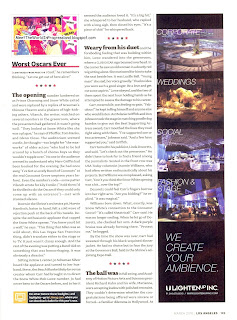 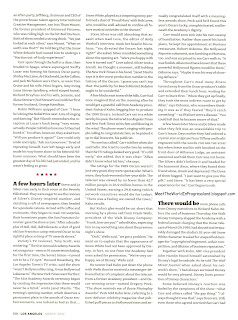 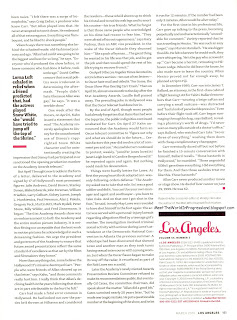 This screen shot is from the very beginning of the show when Snow White comes up to Variety columnist, Army Archerd in the lobby of the Shrine Auditorium and asks him how to get into the theater. 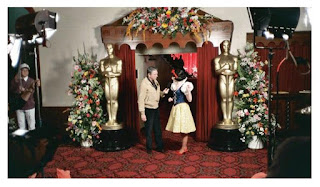 Here is the entire opening number, but just a warning here....every copy of it that I have ever seen posted on YouTube, eventually gets removed. The Los Angeles Magazine article states that when the opening number first turned up on YouTube, 20 years later, it received one million views in one day!

Incidentally, Snow White made another appearance at the Academy Awards in 1993, to present the award for "Best Animated Short Film." This time however, it was the "animated version" of Snow White. I'm really surprised at just how bad Snow White looks here and also how bad her voice is. After all, Disney HAD to be involved this time around!