Pirates of the Caribbean Models - 1972 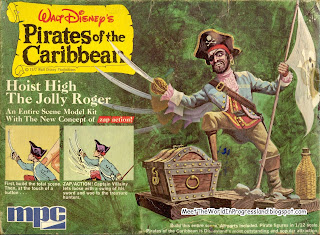 "Hoist High The Jolly Roger" was one of a series of Pirates of the Caribbean models made by MPC. And just like that company's Haunted Mansion series, each of the models contained "ZAP/ACTION" motion that would occur after the push of a button or the moving of a lever.

And also like the Haunted Mansion series, most of these models did not represent actual scenes from the Disneyland attraction. 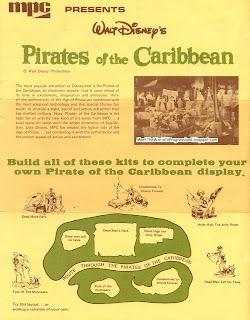 A history of "The Golden Age of Pirates" was also given. 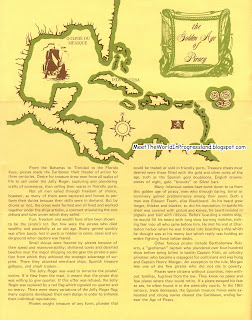 Here are the instructions for building the model. This model belonged to my brother, and it looks like he might have been testing out some model paints on this first page. You might also be able to detect some areas of the paper that have been "eaten" by bugs. This box had been stored in our mom's garage for several decades, and unfortunately, neither one of us knows what happened to the actual model, itself. 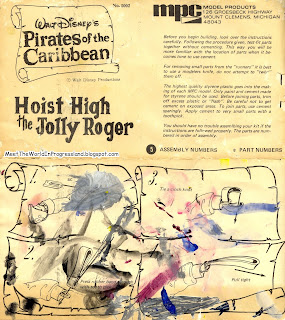 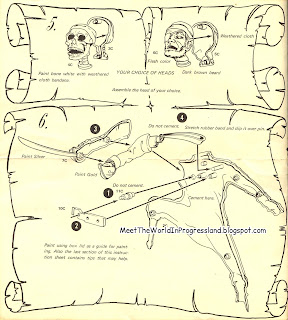 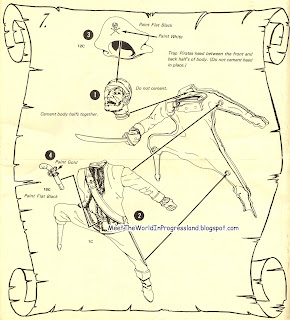 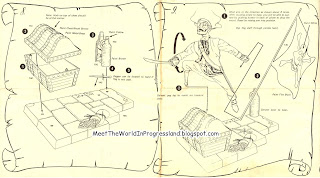 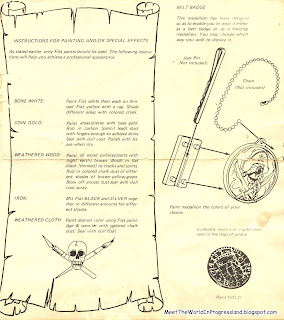 This box is from Vintage Disneyland Tickets. I had this model when I was a kid and while I no longer have the box that it came in, I actually still have the parts to the model. I remember I wanted this one in particular because out of all of them, it most closely resembled a scene from the actual ride (minus the skeleton popping up out of the crate!) 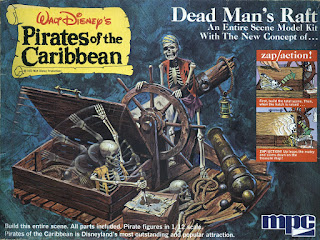 These next two boxes are from eBay. I also had the first model pictured below, and I still have all of it's pieces as well. 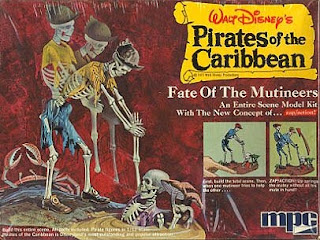 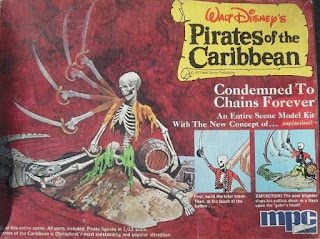 The models were advertised in various comic books, back in the day: 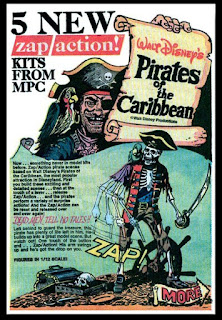 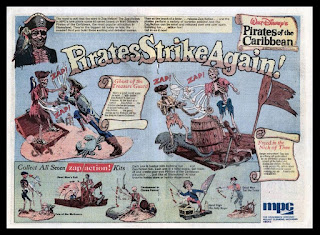 Happy 51st anniversary, to Disneyland's Pirates of the Caribbean!