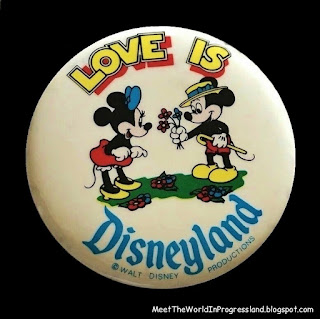 Within my overall collection of Disney memorabilia, I have many "sub-collections." One of those is a collection of pin-back buttons. I thought for today, I would share some of those with you.

First, we will start with this article, from the Summer 1982 issue of Disney News Magazine. The article was written by Dave Smith, founder and former chief archivist of the Disney Archives.

Mr. Smith writes, "Pinback buttons first made their appearance during the presidential campaign of William McKinley in 1896." While researching online, I found out that presidential campaign buttons actually go all the way back to George Washington. That date of 1896, however, was when a patent was first issued for a certain style of button, one which uses a metal pin anchored to the back of the button, for fastening it to clothing. 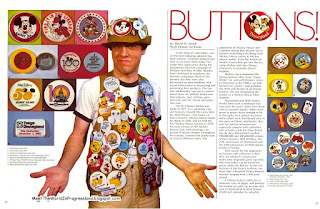 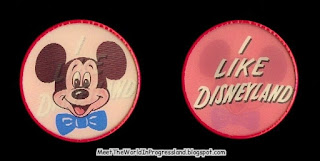 My brother and I got the Mickey button (mine) and the Goofy button (his), during one of our childhood visits to the park. 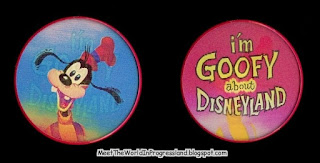 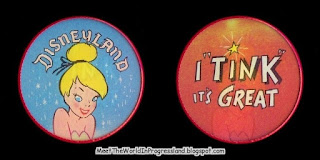 The backside of the flasher buttons: 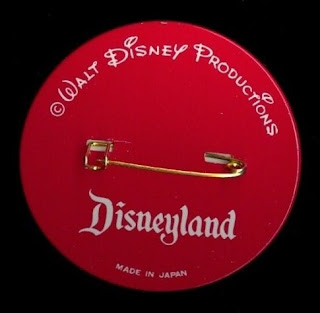 Based on what I have seen for sale online, and what is pictured in the article above (in box #13), I believe Grad Nite buttons were first available, beginning in 1974. 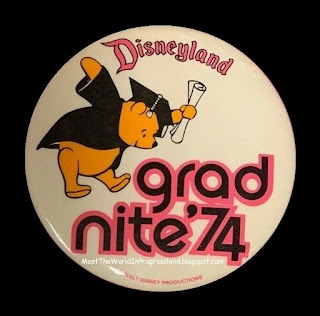 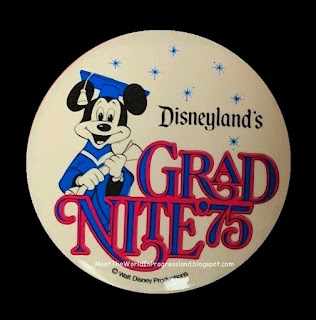 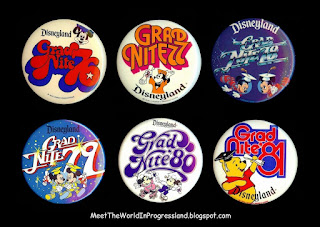 Starting in 1985, the Grad Nite buttons shrank just a little bit in size. 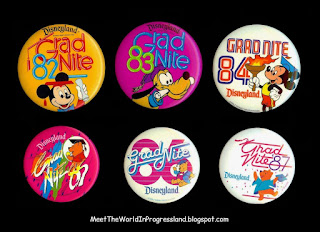 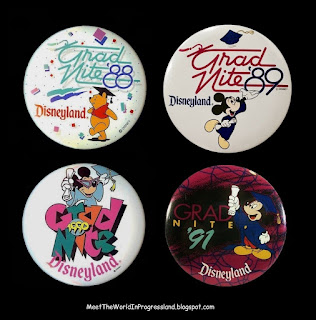 In 1992, someone decided to change the shape of the Grad Nite Buttons, and Goofy made his first and only appearance on them. 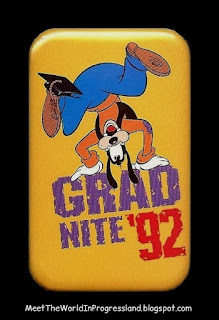 I stopped collecting the Grad Nite buttons for the years following 1992, because.....well, to be perfectly honest, I think they were all very ugly, compared to the ones from the previous nineteen years. From 1993 to 1995, the buttons had just an outline or silhouette of Mickey on them. After that, they only used the iconic "mouse ears" or "three circles," to depict Mickey. For a couple years, they even had "HONDA" printed prominently on the buttons. Tacky!!!

These character buttons were sold at Disneyland, from the late seventies, through the early eighties. There was also a Goofy version (see box #11, in the Disney News article). There were earlier versions of these character buttons, with just some minor differences. The older version of the "Pooh" button can be seen pinned to the man's vest, in the article above. 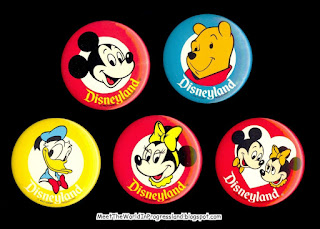 Every so many years, they changed the designs on the character buttons. In the early eighties, these newer versions replaced the ones above. 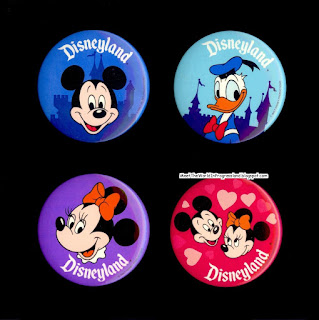 I bought these next three buttons at Disneyland (in the Main Street Emporium), when their respective films were currently out in movie theaters. The Pinocchio button was for the film's 1978 re-release. The One Hundred and One Dalmatians button was available for it's re-release, in 1979. And The Fox and the Hound button was available when that film premiered, in 1981. 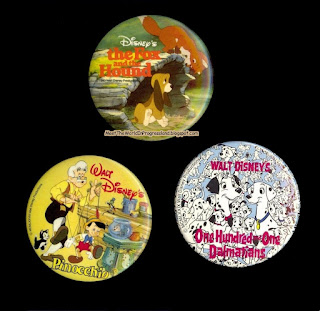 I was hoping this would be a trend, and that I would be able to continue to add to this sub-category of pinback buttons in my collection. Unfortunately, fifteen years would pass, before I saw another film-promoting button for sale at the park. That doesn't mean that there wasn't one within that time period, but personally, I never saw one until this lenticular Hunchback of Notre Dame button came out in 1996. (This one still has it's Disneyland price tag of $2.50, stuck on the back of it.) 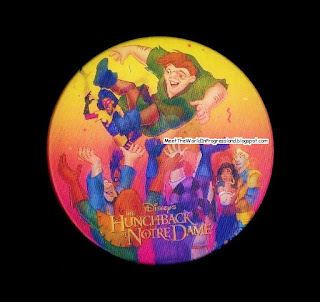 This Hercules button was available the following year (in 1997). 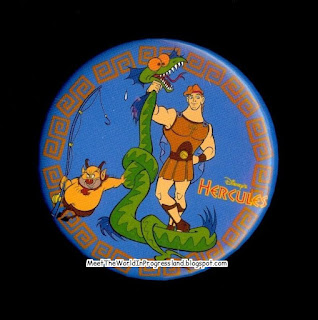 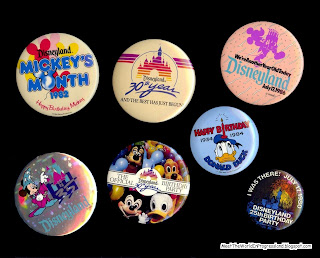 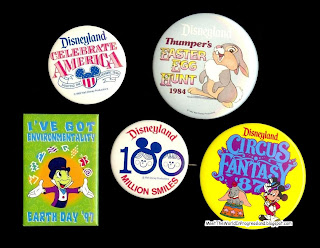 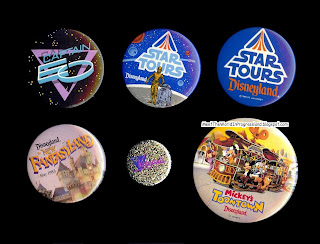 The newer Mickey Mouse Club button (top), was sold at Disneyland, in the nineties. I actually got the older one (bottom), at a local Sav-On Drug Store, back in the seventies. It can also be seen in box #1 of the article above. 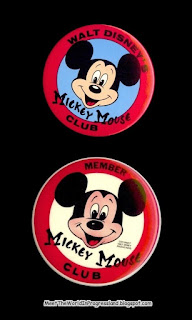 This last button is kind of fun. It's goes back to a Disneyland cast member strike, which began on September 26, 1984, and lasted for 22 days. The striking cast members had set up a base camp, in the parking lot of one of the businesses across the street from the park (on Harbor Blvd). They were asking for a donation for their cause, in exchange for either this button, or a similar one with the Sleeping Beauty Castle logo on it (also with a circle around it, and a "slash" through it). Now I wish I had gotten both buttons, instead of just the Mickey version! 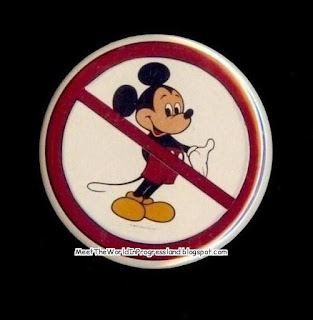