In honor of EPCOT's 36th anniversary today, we're going to take a look at some pre-opening EPCOT souvenirs.

The ticket could be used at either of Walt Disney World's two parks, but not until after EPCOT Center opened.

This ad for the commemorative tickets, was featured in the Winter 1981/82 issue of Disney News Magazine. 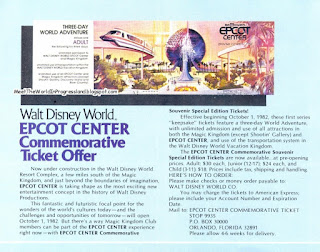 That price of $30 for three days, seems like it would have been a really good deal, especially for a limited edition commemorative ticket. Here is what the prices were for Walt Disney World's Magic Kingdom in early 1982, prior to EPCOT's opening. 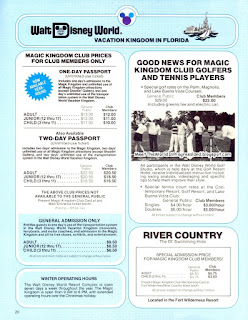 By the time EPCOT had opened, prices for one-day tickets (for either park) had gone up two dollars for Adults and Juniors, and one dollar for a Child's ticket.

I actually found this EPCOT pre-opening booklet on the floor of the Main Street Opera House at Disneyland, back in 1982. It was originally handed out to cast members only, during special EPCOT Center "previews" that were held in the Opera House's auditorium. 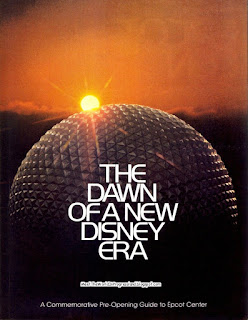 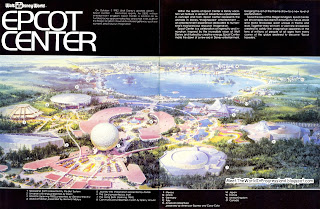 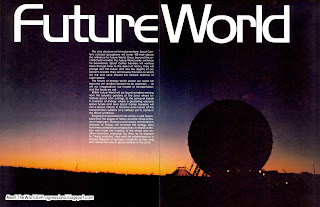 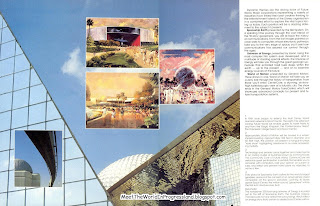 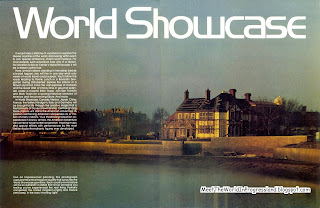 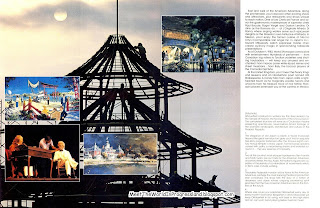 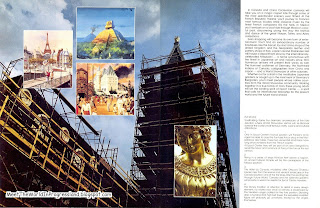 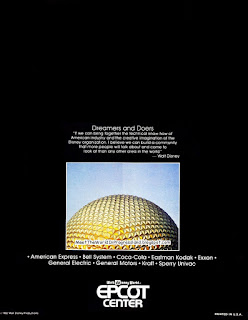 I picked this map up at Disneyland back in 1982, right around the time that EPCOT was opening. The maps were free and were available in the Carefree Corner on Main Street. 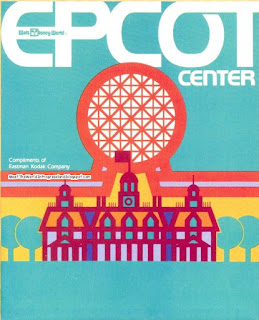 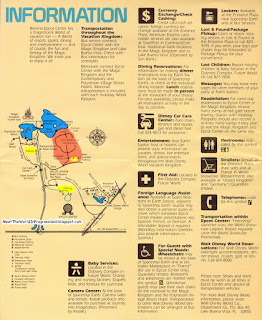 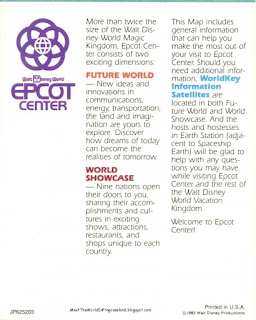 Note the building for Horizons is already shown on the map as a coming attraction in 1983. The Living Seas pavilion would go into that open lower right corner of Future World in 1986. 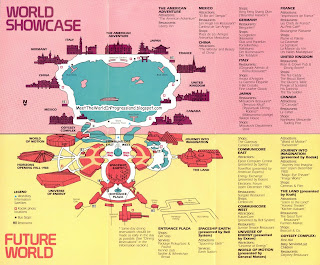