"Carrousel of Fun - Disneyland's colorful "King Arthur Carrousel" is one of the largest of it's kind in the world. Today's bold knights may ride on any of the Fantasyland attraction's 72 beautiful hand-carved steeds for an imaginary journey back to the days of King Arthur." 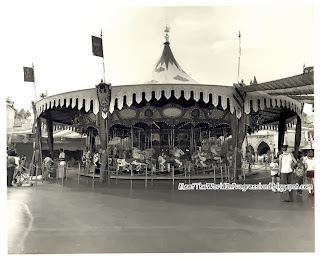 That was the description that came with a photo I received from Disneyland's publicity department back in 1983. 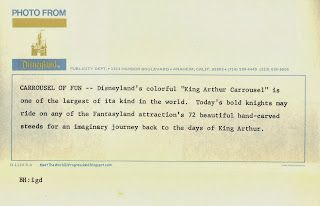 I don't recall exactly why I had written to them, but as a kid, I wrote to them often. I would always get a reply back and it would often include press information, or the latest issue of Disney News Magazine. A couple times, they even sent me a copy of the current Disneyland Pictorial Souvenir that was being sold in the park. Incidentally, the postmark on this mailing was May 19, 1983. That was just 6 days before the "New Fantasyland" would have it's grand opening. 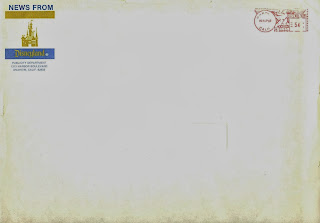 King Arthur Carrousel recently underwent a refurbishment that put it underneath tarps and behind construction walls. The following photos were taken just a few weeks ago. 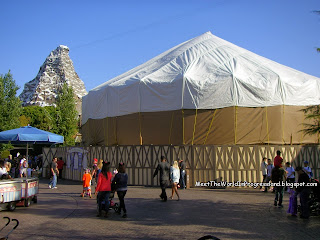 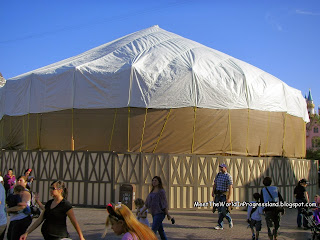 Lately, Disney has been doing a pretty nice job of posting some history on the park's construction walls. 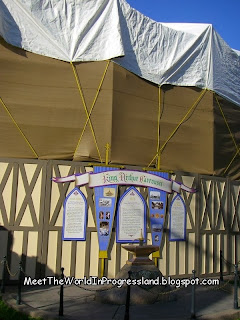 These signs on the walls around the Carrousel provide information about the attraction's origins as well as it's history over the last 58 years. 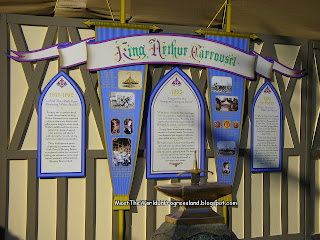 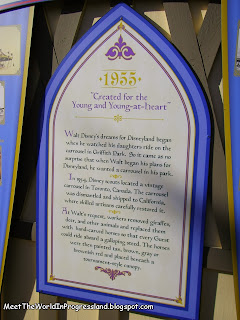 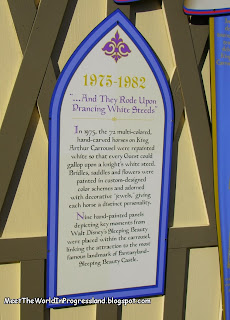 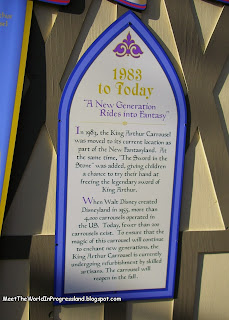 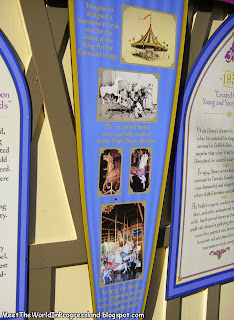 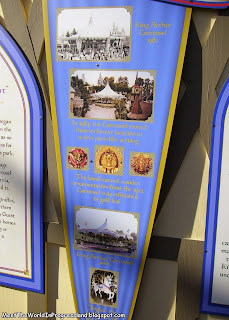 Here's a close-up of one of the photos on that last sign. The part about the Carrousel being relocated in 1983 isn't really accurate. Yes, it was moved as a part of the "New Fantasyland" remodeling which was completed in 1983, but the Carousel itself was actually relocated in 1982 and it also reopened that same year. This was prior to the completion of the Fantasyland remodel in 1983. Of course due to surrounding construction, it did close again at some point in it's new location and did not reopen again until the "New Fantasyland" opened in May of 1983. 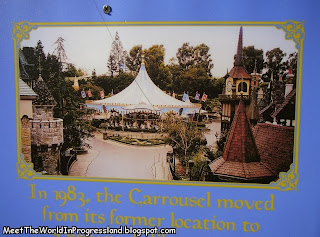 I have some photos that I took back in 1982 that show some of the stages of the Carrousel's relocation, including a shot showing it operating in it's new spot right next door to Captain Hook's Pirate Ship and Skull Rock before they were both demolished. I will post those pictures in Part 2 of this post, so stay tuned!