Battle for Galactica was an "experience" that was part of the Universal Studios Tram Tour, from 1979 through 1992. The "Glamour Trams" would suddenly come upon a vehicle on the side of the road with two "Cylons" at the controls and they would warn the trams to "Halt!" In the middle of the road was a large spaceship and as the doors to the ship opened, the Cylons would order the trams to drive aboard. 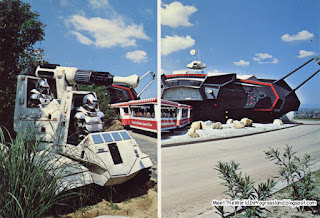 (Incidentally, the Battle for Galactica show replaced the "Rockslide" special effect that had been a part of the tram tour since 1974.) 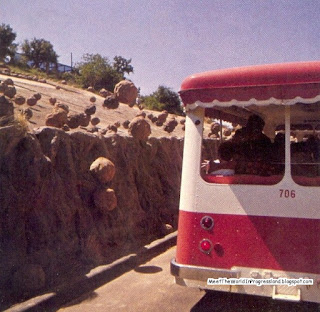 I took this pic of the Cylon vehicle back in 1979. Their spaceship can be seen in the background. 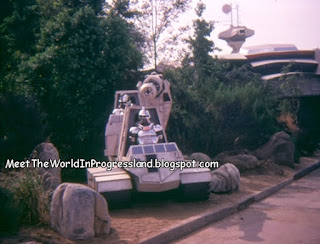 My dad took these next two shots inside the spaceship/show building. 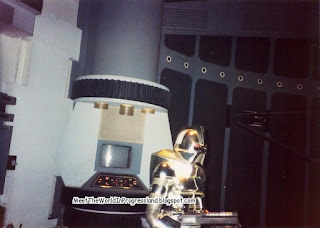 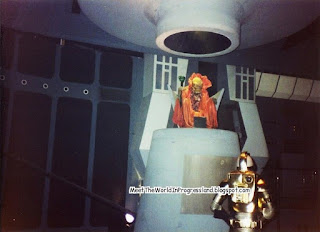 An actor dressed as a Colonial Warrior would suddenly appear to rescue the "captured" guests, by engaging in a battle with the Cylons. Lasers beams would shoot out of the Cylon's and the Colonial Warrior's guns. At least one of the Cylons would fall apart by splitting right down the middle, as if he had been cut in half by a laser. 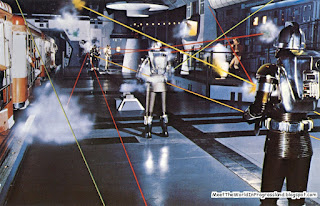 Universal even had a walk-around "Cylon" character. 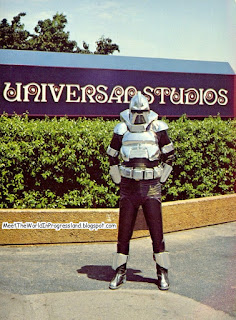 Unfortunately, the medieval tower (from the 1965 movie, The War Lord) in the background of this next pic, was torn down in 2001. 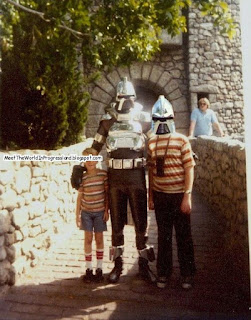 And now, let's take a look at the TV Guide listing, for the Fall 1978 debut of the original Battlestar Galactica series. 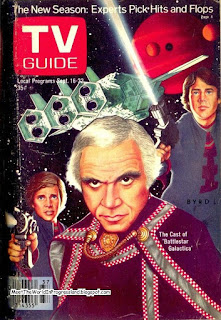 The premiere was three hours long! 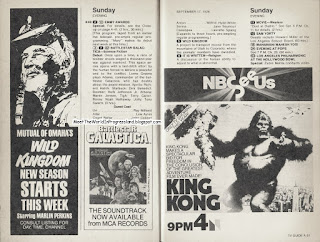 Also on TV that night; the World of Disney, which was showing Dumbo, as part of Disney's 25th anniversary on television. 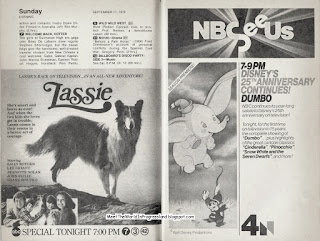 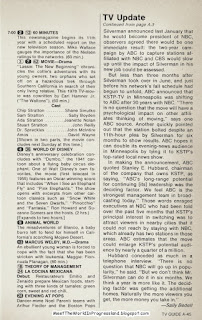 There was an article about Disney's anniversary in that issue. 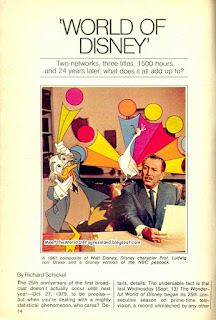 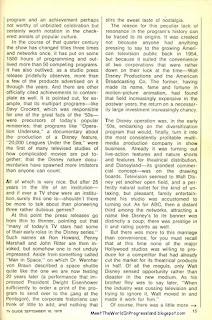 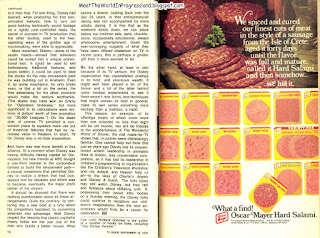 There was also an article about the making of Battlestar Galactica. I guess 20th Century Fox was concerned that the TV show, was going to borrow too much from their recent mega-blockbuster film, Star Wars. 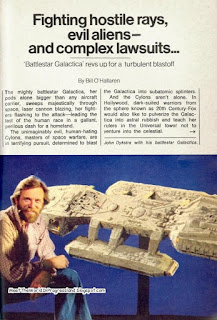 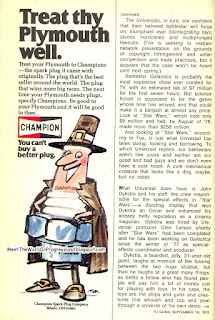 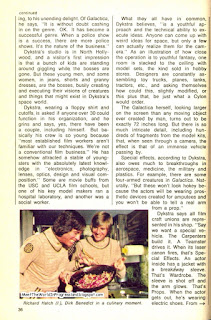 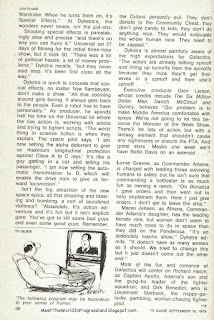 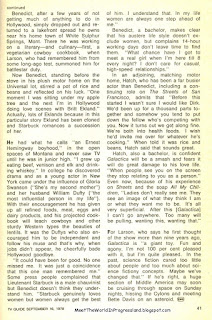 Let's see what else was on TV that week. It was the "First Time On TV!" for Airport '77. Universal Studios' Screen Test Theater show was actually themed to Airport '77 in the late seventies and early eighties. 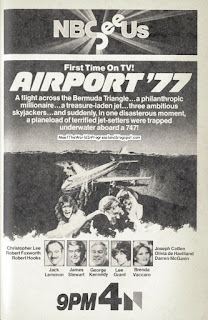 Charlie's Angels was starting it's third season. Farrah Fawcett was returning to the show for her first of six "forced" guest appearances, following the breaking of her contract after season one. 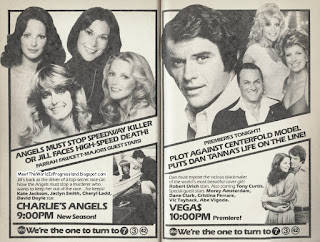 Wonder Woman and The Incredible Hulk were having their season premieres that week. 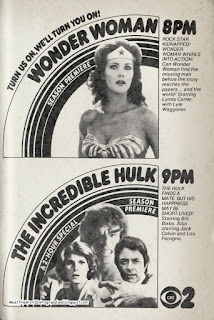 Disco fever was at an all-time high! Billboard was hosting it's own "Disco Party" on KCOP's Channel 13. 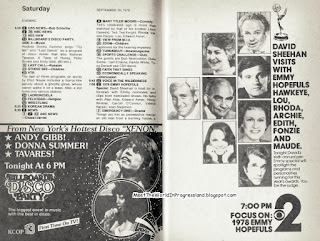 Jon and Ponch were delivering a baby at a discotheque on CHiPs. 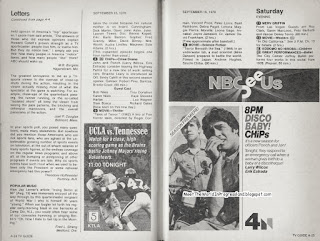 And Rerun was entering a disco contest on What's Happening! HEY! HEY! HEY! 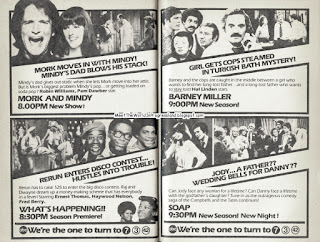 Here are some of the faces that were appearing at the Emmy Awards that year. 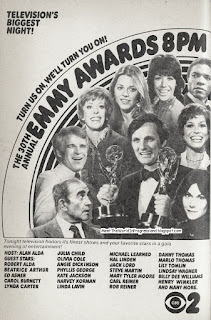 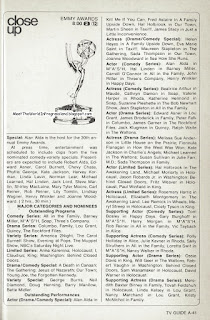 Just in case anyone is interested, here's footage of the "Battle for Galactica" attraction as seen during the Universal Studios Tram Tour back in 1984:

And here is the 25th Anniversary of the Wonderful World of Disney television special that was mentioned in the Disney article above. (It had actually aired the previous week.) Just a warning here....this might very well be THE WORST television special, out of all Disney TV specials....EVER!