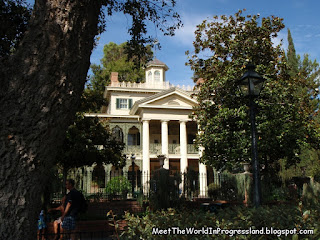 Today is the 46th anniversary of the Haunted Mansion's official opening at Disneyland. In honor of this anniversary, I'm posting an older photo of the bride in the Mansion's attic scene. I took this photo in either 1978 or 1979, but I actually didn't see it until many years later because someone at Fotomat didn't include it in my original set of prints!

A few years back, I was looking at some of my old negatives and realized there was an image on one of them that I had never seen. I'm not sure why they didn't print this one, but I discovered the same thing had happened with another set of negatives. I had taken two interior shots of the original Alice in Wonderland attraction in 1982 and didn't receive those prints either. It's almost as if someone was punishing me for taking flash pictures inside of a Disneyland attraction! I'll be posting those Alice pics in the near future.

The photo is a little overexposed. Note the candle in the bride's right hand and the wilted flowers in her left hand. 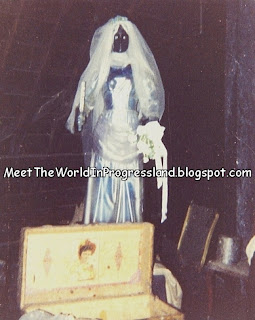 For a comparison of how the bride has changed over the years, here's a photo I took of her in 1996 when she "floated" in the attic. Both of these versions of the bride had the red "beating heart" effect inside her chest. 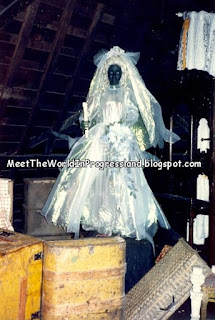 And here is the current version of the bride (minus the projection of her face and arms). I debated whether or not to post this photo because I do NOT like this version. If Madame Leota, Little Leota, and the singing busts in the graveyard are all projected onto busts that have three dimensional faces, why is the new bride's face projected onto a flat surface? It really is a horrible effect and is pretty much the equivalent of having a flat screen television monitor with her face on it.

I was hoping with the recent addition of the Hatbox Ghost, that this version of the bride would be removed....or at least improved upon. If it had been up to me, I would have brought back one of the earlier versions of the bride (since the current one seems to be universally hated), and moved her to the other side of the attic where she used to stand and then put the Hatbox Ghost on this side of the attic where he originally stood (albeit very briefly) 46 years ago. 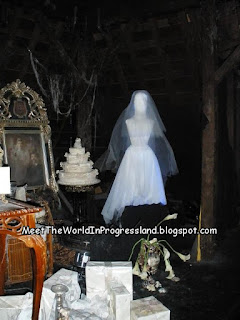 Just for fun, here is Tokyo Disneyland's bride. Tokyo's bride still has the plastic "shower curtain dress" that the Anaheim version used to have back in the early days. And if you look carefully, you will see the faint red glow of her heart inside her chest. 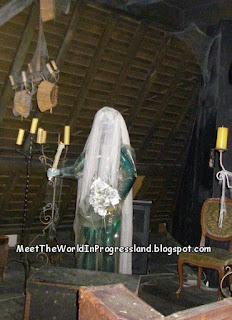 Happy 46th Anniversary to Disneyland's Haunted Mansion....the place that in the words of E.J. Peaker, "Makes me feel creepy all over!!!"


In 1982, Coleco signed a deal with Xavier Roberts to begin mass producing his "Little People" line of dolls. The next year, they were introduced as "Cabbage Patch Kids" at the International Toy Fair in New York City and were such a huge hit that by Christmastime, they were causing rioting in stores across the country, by parents that were determined to get their hands on one for their children. 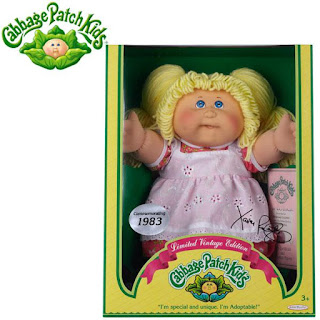 Flash forward two more years to 1985, when Knott's Berry Farm was revamping the Ghost Town area of the park for it's "Ghost Town Alive in '85" summer promotion. It was at this time, that the Knott's Berry Kids were "born." 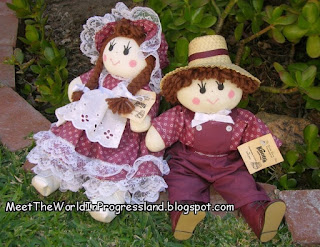 These hand-sewn dolls were an obvious attempt to get in on the Cabbage Patch Kids phenomenon, which was still going strong at the time. (Incidentally, Xavier Roberts' first Cabbage Patch dolls were also hand-sewn and originally had cloth faces and bodies.)

A convoluted backstory was created, to explain how the Berry Kids were discovered by Walter Knott in his "magical berry patch." This was similar to the "discovery legend" that accompanied every Cabbage Patch Kids doll, explaining how Xavier Roberts found the kids in a "magical cabbage patch." This legend was printed out and included with each purchase of a Knott's Berry Kid. 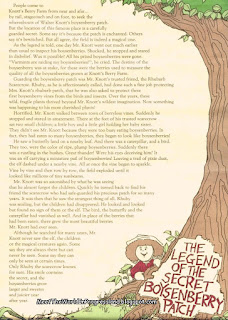 I remember these dolls being pretty popular with guests that first summer and on into the Christmas season. I bought several sets of these as Christmas gifts for family members. This is a set that I bought for my mom. 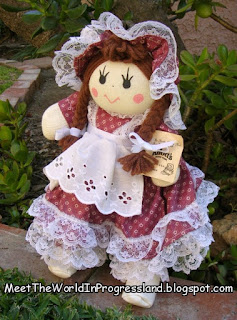 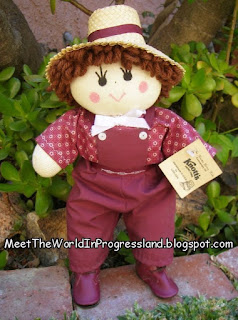 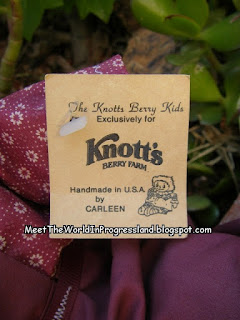 I wonder if that's "Carleen" in the photo below. It's interesting to note that the dolls in the basket appear to be wearing a purple or "boysenberry" color and that the dolls being sold were wearing more of a maroon color. 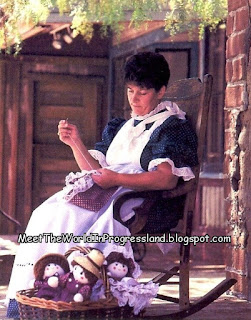 The woman seen above, is sitting on a porch next door to the Doll Shop, which was located across from the Ghost Town Grill on Main Street. The dolls were actually sold at both the Doll Shop and the Bonnet Shop, which was located on School Road (currently the Halloween Haunt Museum and formerly Mrs. Murphy's Boarding House, among many other things). 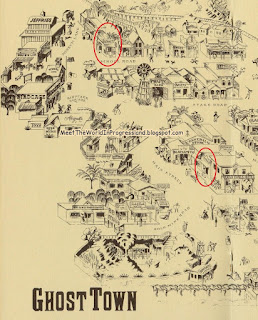 I hope everyone enjoyed this short little trip to Walter Knott's magical berry patch. I leave you now with this pic of the Berry Kids as they go off into the patch to look for the boysenberry-colored caterpillar, butterfly, and bird....and the elf carrying a miniature pail of boysenberries....oh, and "Rhubarb" the scarecrow! What the heck? I wonder who came up with that story? 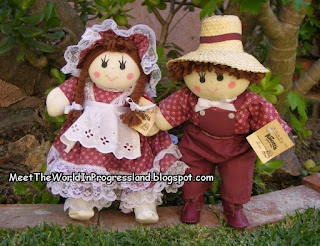