Once upon a time, there was a magical little shop located deep within Sleeping Beauty Castle.....okay, maybe not so deep, but within the castle. It was called the Castle Candy Shoppe and it sold fudge pies , giant all-day suckers, chocolate bars, and delicious rock candy crystals. Then one day it closed and the space became occupied with other tenants. First it became the Castle Heraldry Shoppe, but they eventually moved across the courtyard to the former Disney Villains Shop....formerly Mickey's Christmas Chalet......formerly Merlin's Magic Shoppe. Geez, you need a score card just to keep up with the changes! After "Heraldry" moved out, an outside vendor moved in that sold weird and creepy three-dimensional portraits, that were created and contained all within a solid chunk of glass. Think Michael York in Logan's Run....his disembodied head saying, "there is NOOOOO SANCTUARY!" Well, with that shop's recent departure AND with the wonderful and welcome reopening of the Sleeping Beauty Castle Walkthrough, this space now serves as a handicap "accessible experience" for the attraction.
. 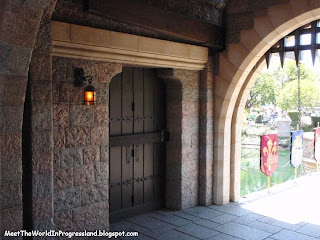 .
The doorway located just inside the castle archway is now closed. Only the door facing the castle courtyard remains open.
. 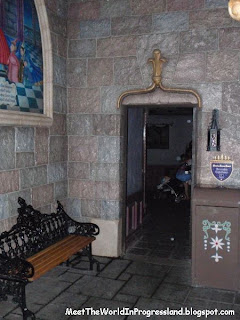 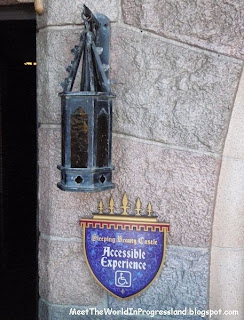 .
Just inside is a glass cabinet chock full 'o goodies.
. 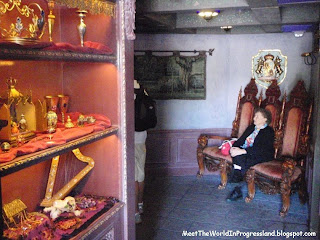 .
Flora, Fauna and Merryweather can be found among the treasures.
. 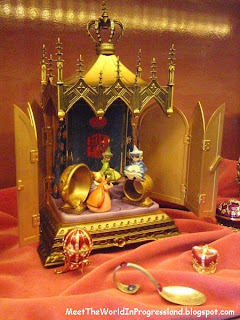 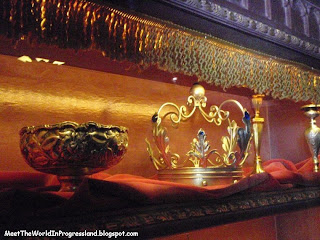 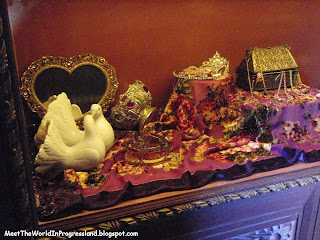 .
Further into the room, guests will find a comfortable place to sit down.
. 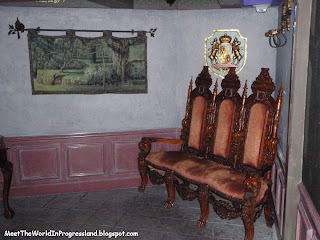 .
Across the way is a mirror which doubles as a movie screen. Animated footage of the walkthrough is shown on this screen.
. 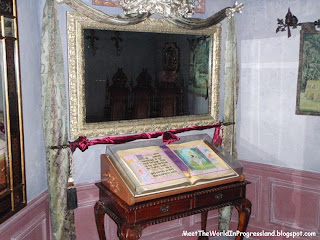 .
One of the "Sleeping Beauty" books from the attraction is on display below the screen.
. 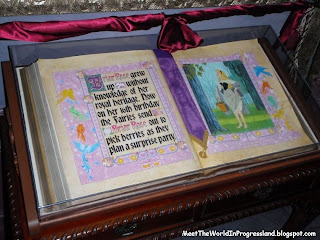 .
A tapestry and a mural depicting forest scenes are also on display in the room. The mural below appears to be inspired by artist Eyvind Earle who worked on both the film and the original walkthrough that opened at Disneyland in 1957.
. 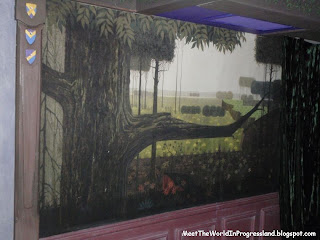 .
I must say that I still miss the Castle Candy Shoppe, but this "accessible experience" is something that was definitely needed for those guests that are unable to ascend the many stairways of the castle. Also, the air conditioning in this space feels WONDERFUL....especially this time of year!
.
Posted by TokyoMagic! at 4:44 PM

Neat post. The tiny size of that candy shop always seemed such an impossible fit. Hope it returns one day!