From 39 years ago, here is the July 4th, 1977 issue of Time Magazine. It's Time Magazine's "Here Comes Summer" issue and it covers Amusement Parks, Beer, Food, Swimsuits and more! 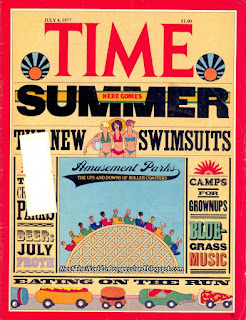 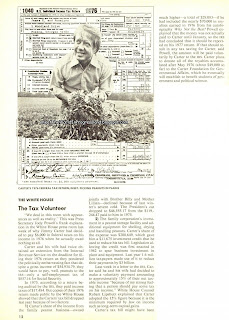 The country had just finished celebrating it's year-long bicentennial celebration and Jimmy Carter had only been in office for 6 months. This intro gives an idea of what else was going on in the country at the time. 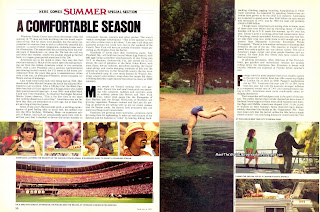 After the brief 1977 history recap, we move on to the fun stuff. Amusement Parks: 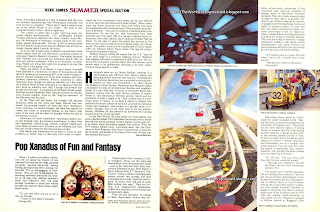 I wonder how many of the amusement parks mentioned below are no longer in business? I know for sure that Circus World, Astro World and Opryland have all closed. And a family of four could get into Disney World for around $30? Wow, times have changed! 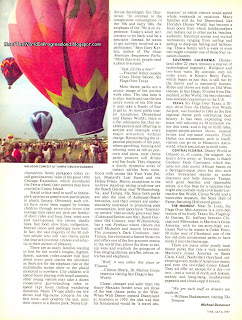 I'm also wondering how many of these roller coasters are no longer standing. I know that Busch Gardens in Tampa, Florida tore out their Python coaster (an identical twin of Knott's Berry Farm's old Corkscrew) in 2006 and replaced it with a Sesame Street themed children's area. 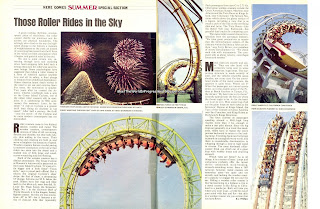 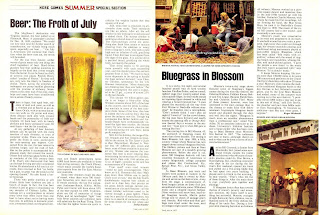 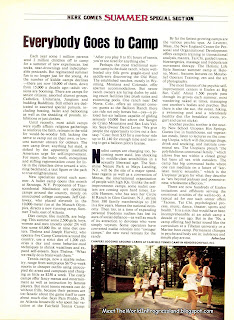 I have to apologize here. The section covering swimsuits was ripped out by my older brother back in 1977 and the second page to this article about the National Parks went with it. 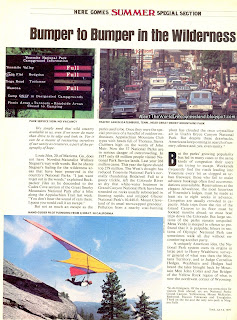 Also torn out, along with the women in seventies swimwear, was the first page of this article about food. 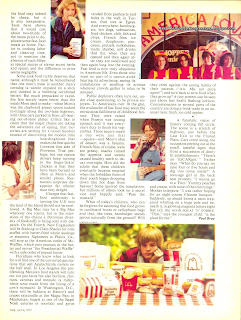 Here are a couple car ads. It seems that back in the day, most of the ads in Time magazine were for cigarettes, so I didn't bother scanning them since I don't want to encourage anyone! 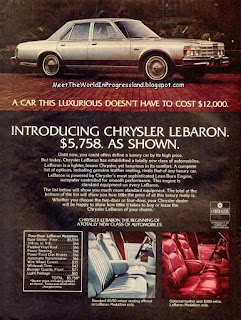 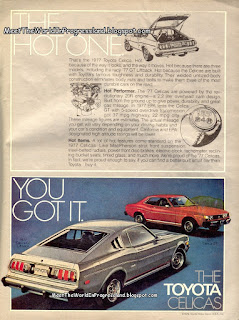 That Toyota ad seems to be using only half of their slogan from the time period. I still remember the commercials and the jingle, "You (BOOM!) asked for it, YOU GOT IT TOYOTA!"

Here are a couple Toyota car commercials that used that jingle.

By the way, yellow was a popular color for cars back then! And I think that's Edie McClurg (wearing the glasses) as one of the "starving" interns in this second video.

Happy 4th of July, everyone! And I hope you all have a great summer, wherever you go or whatever you do!