The Haunted Mansion Secret Panel Chest was sold exclusively, in the Magic Shop on Main Street and Merlin's Magic Shop in Fantasyland: 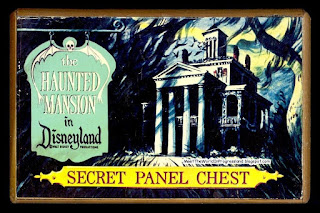 The sides and bottom of the box were made up of tiny inlaid wood squares. 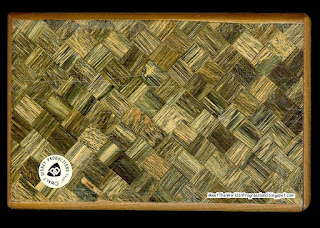 There are small sections on the side panels of the box that can be moved in succession. There are seven moves to make altogether. After the first four moves, the top panel can be slid open to reveal a storage compartment below. 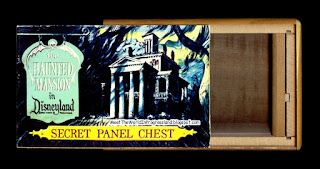 A diagram showing the solution to the "puzzle" was included with the box. Sliding that top panel over (Step 5), allows a panel on the side of the box to lift up (Step 6), revealing a drawer in the very bottom of the box, which can be pulled out (Step 7). 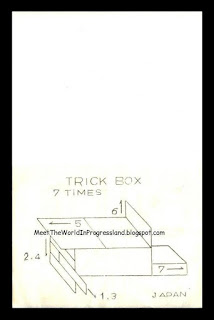 These two sets of GAF Pana-Vue Slides were sold at the park, in the seventies and early eighties: 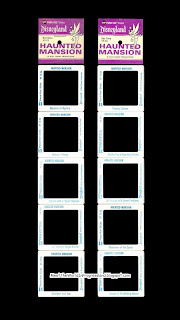 The back of the slide strips listed some other Disneyland Pana-Vue sets, which were available for purchase. 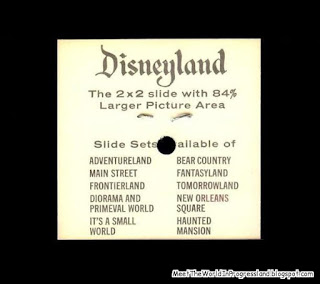 The captions on the Haunted Mansion slides are as follows:

Set One - "Mansion of Mystery" 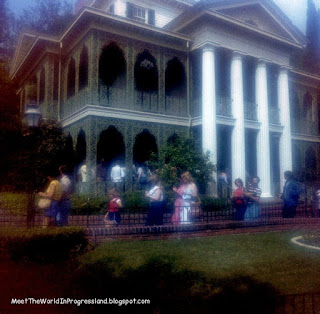 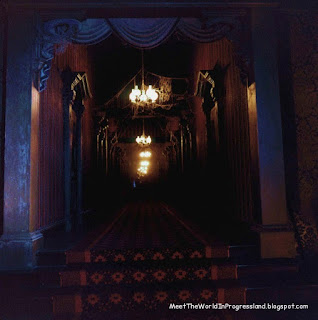 "Seance with a 'Head' Medium" 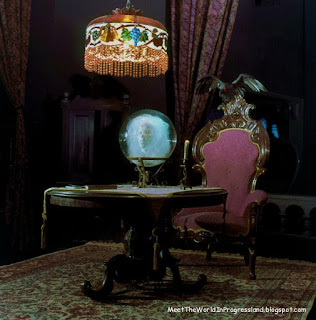 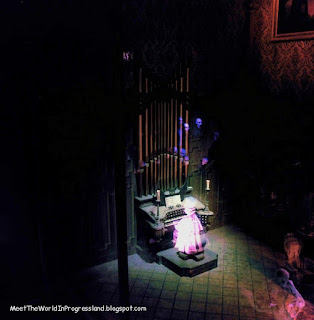 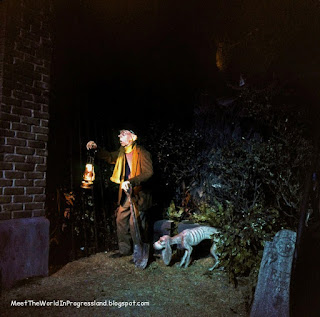 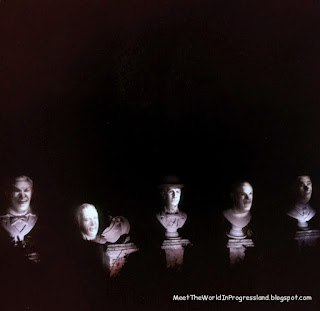 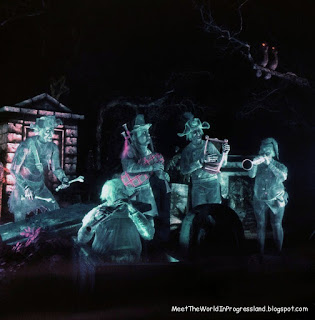 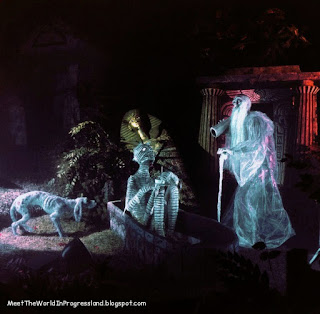 "Phantoms of the Opera" 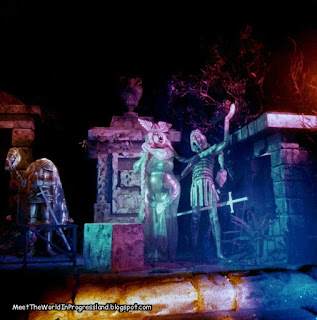 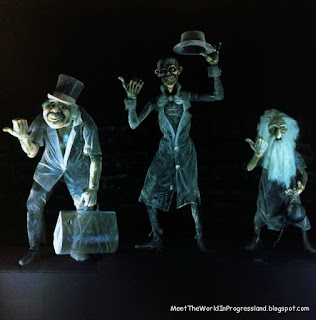 In the late 1990's, a friend of mine knew one of the cast members who worked in the Haunted Mansion. She let us stay in the "Stretching Room" after all of the guests had exited, and "ride it" back up to ground level! I shot this video of the experience. Note how it returns to starting position much faster than it moves when it's in "show mode."

And here is footage that I shot in 1997, of the "Changing Portraits." This was before the April/December portrait was removed and replaced with the portrait of "Master Gracey" from Walt Disney World's and Tokyo Disneyland's Haunted Mansions. WHY DID THEY DO THAT? I don't get it! It made about as much sense as taking out the old bride in the attic and replacing her with the current monstrosity of a bride (no pun intended.....and that's not a compliment either!)