On June 18, 1982, Six Flags Magic Mountain opened their newest ride, Freefall (an Intamin first generation "freefall" drop tower ride). However, the grand opening had originally been announced for a date prior to that. 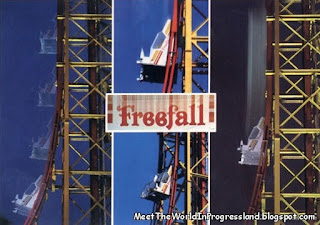 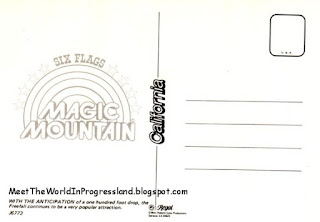 I had gone to Magic Mountain with friends on that original opening date. When we entered the park, we immediately headed over to Freefall which was located on the far side of the park. 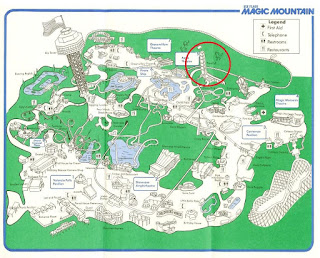 There were employees posted at the ride's entrance who told us that it would open later in the day, but they couldn't say exactly when. We were advised to check back "in a couple hours." Well, we did just that and we were told basically the same thing....that they didn't know for sure when it would open, but to keep checking back. We ended up doing this all day long and at some point, we were told that it would definitely be opening before the park closed. It never did! 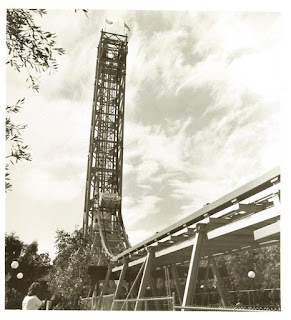 When I got home, I wrote a letter to the company, stating my frustration at how our day was spent running back and forth to Freefall to check and see if it had opened yet, but that it never did. They sent the following reply, dated July 11, 1982 and postmarked the following day. 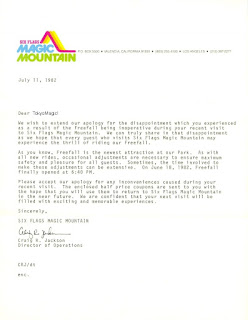 And here is one of the "Courtesy Half Price Rain Checks" that they sent me. 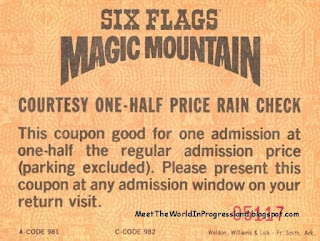 I remember going back fairly soon with the same friends and using these, but they had sent me extras so I had some left over. I used one of the tickets 12 years later in 1994 and I remember the attendant in the ticket booth having to call for a manager because she had never seen one of these before and she didn't know what to do with it. I remember the manager stating that he had also never seen one before, but I guess he could tell it was real, because they accepted it. Now I just have this one ticket remaining and even though I have been back to Magic Mountain since then, I have never tried to use it. It doesn't have an expiration date, but I wonder what their response would be if I tried to use it now....almost 35 years later! I guess I could take the letter along with me and show it to them. They'd probably think I was crazy.

Freefall remained standing until 2008, but there was a period of time between 2005 - 2006 when it was not running. If you are interested in watching some short on-board ride footage, here are a couple video clips:

If anyone is interested in seeing another letter that I received from Magic Mountain from 1978 (with the Trolls and Wizard on the letterhead), you can click here: Vintage Magic Mountain Trip Report from 1978.

And for anyone interested in owning a "Freefall" souvenir from Magic Mountain, this button is currently available on ebay. (This is not my item or auction!) 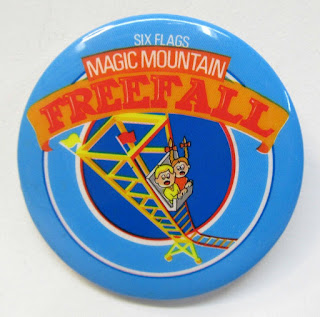