Happy New Year, everyone! Today, we will be taking a look at the Tournament of Roses Parade, from 1971. The theme that year was "Through The Eyes Of A Child."

First up, we have some pages from a pictorial souvenir of the parade. 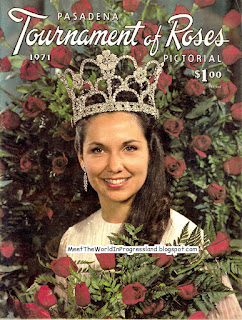 The Grand Marshal of the parade was Billy Graham. 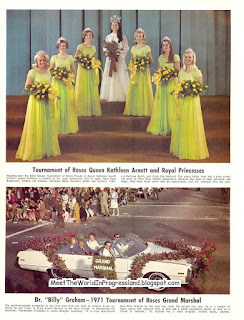 Here is a sampling of the floats from that year. The "Sesame Street" float was sponsored by the Chrysler Corporation and featured members of the show's cast riding on board. I wonder if that is "Bob" (McGrath) standing at the head of the float? It sure looks like it could be him. 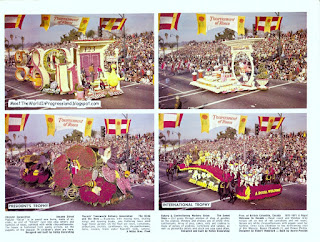 The Hi-C Drinks company sponsored a float titled, "Raindrops Keep Falling On My Head, " which had been a number one song (by B.J. Thomas) on the Billboard charts the previous year. It was also featured in the movie Butch Cassidy and the Sundance Kid and had won an Academy Award for Best Original Song. 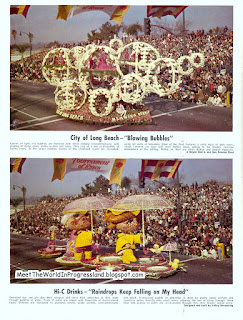 According to a post by Jim Korkis at MousePlanet.com (from January of 2014), "Disney gave permission to the Sunkist Corporation to use characters from the feature film Song of the South on their float titled, "Tales of the Briar Patch."

The "Dolls of Many Lands" float from the Union Oil Company reminds me of "It's A Small World"! 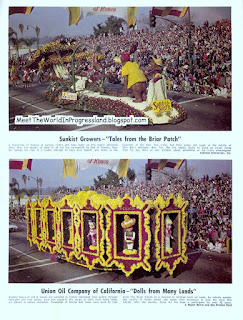 I'm pretty sure Farmer's Insurance didn't need permission from Disney for their float, featuring a "generic" Cinderella riding in her carriage. And the title of the City of Santa Monica's float, "Tweet, Tweet, Tweet", seems ahead of it's time. ;-) 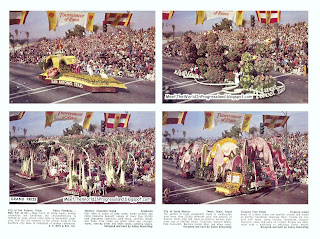 I think it's interesting that the Knott's Berry Farm float had Walter and Cordelia Knott riding on it, but their great-grandchildren were being "portrayed" by other children (including actors, Johnnie Whitaker and Todd Starke.) 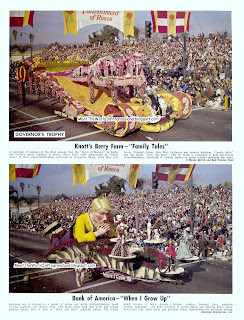 I also think it's interesting....and ironic, that the theme of the float was about Walter and Cordelia retelling generations of "family tales" to the children. The float depicted pioneers of the West and their covered wagons, which was very similar to the Covered Wagon Show diorama that was at Knott's for nearly 50 years. 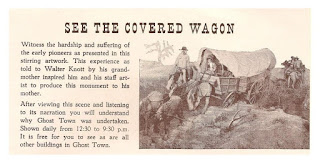 This was the show that told the history of Walter Knott's grandmother and great-grandmother's journey out west in a covered wagon. And it was the same show that was taken out and replaced with a souvenir shop during the time that the Knott's children still owned the park. I'll never understand that. Okay, my mini "Knott's rant" is over!

The City of Anaheim's entry that year was, "Dreams Come True in Anaheim". Note the two children (Angela Dutton and Jimmy Sundali) in the bed with the giant Walt Disney storybook. Scatman Crothers who voiced the character of "Scat Cat" in Disney's animated movie, The Aristocats was riding on the float, along with costumed characters from the film. At the rear of the float, you can see a yellow cat wearing sunglasses. The description below states that Mr. Crothers and his band of cats were "furnishing the crowd with lively music." I'm assuming that they were singing the song, "Everybody Wants To Be A Cat" from the movie. 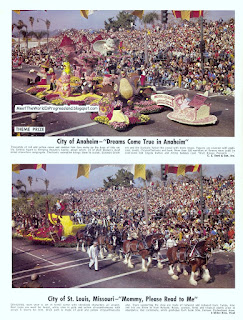 The Aristocats had just been released in theaters one week earlier. 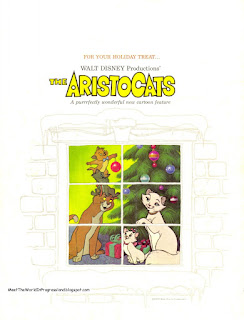 I have never been to the Rose Parade, even though I was born and raised in Southern California (literally a half-hour's drive from the parade route!) However, my family did go to see the floats after the parade a few times. It is tradition for the floats to be out on display for a couple days following the parade and this was one of the years that my family went to see them. I am including the photos from that trip, below. I should also mention that my brother took all of these snapshots.

Here again, is the City of Anaheim's float titled, "Dreams Come True in Anaheim". Note Dumbo and Timothy Mouse on top of the float and the floral "fireworks" above the castle. This was the parade's "Theme Prize" winner. 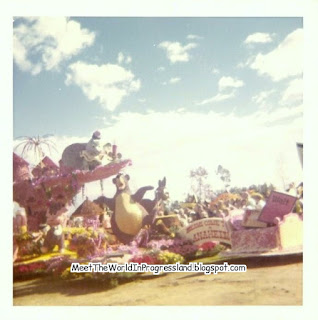 Pinocchio and Jiminy Cricket were at the rear of the float. Right behind them was the area where the costumed characters from "The Aristocats" performed during the parade. 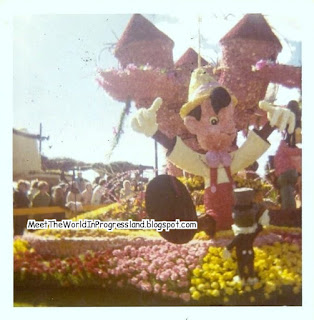 A floral Mad Hatter could be found in a giant-sized tea cup. The large ice cream sundae in the background was part of a separate float. The City of Glendale's float won the "Grand Marshall's Trophy" and featured "Punch and Judy". 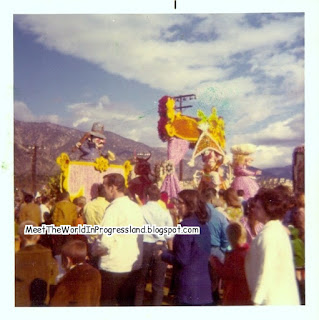 Cal Poly's entry was the very first float in the parade and was titled, "Once Upon A Dream." It won the "Judge's Trophy" that year. 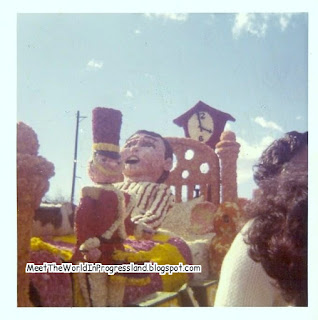 Below, is some very brief professional footage of that float, along with some commentary.


And once again, here is the "Sesame Street" float. During the actual parade, Oscar The Grouch's head popped up and down out of his trash can. Big Bird is just out of frame on the right, and you can see the stools that the children were sitting on as the float went down the parade route. 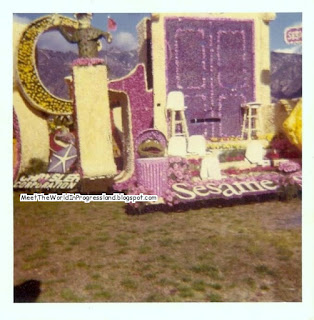 The character below, is Roosevelt Franklin, Sesame Street's first black-influenced Muppet. He was on the show from Season 1 through Season 7 and was voiced by Matt Robinson. Robinson also played the part of "Gordon" on the show, and had worked very closely with Jim Henson on creating Roosevelt Franklin. 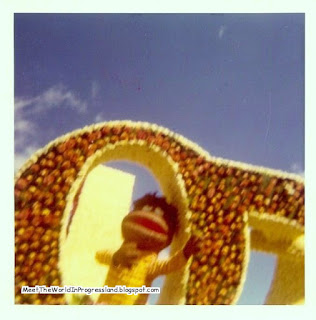 Incidentally, I received a Roosevelt Franklin puppet for my birthday the following year! I still have the puppet and the box that the puppet came in. I plan to post pics of both of those in the future but for now, here is a professional shot of the lesser-known Sesame Street character. 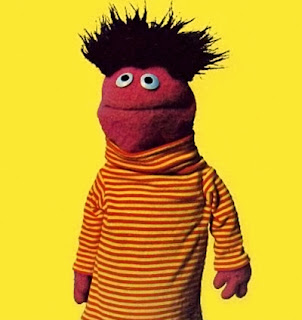 The footage below shows the Rose Parade floats on display after the parade. A few of the floats still have their animation running. I don't think they leave the animation going on any of the parked floats today. Unfortunately, there isn't any footage here of Anaheim's Disneyland float. Also, at about the 4:20 mark, the float footage ends and switches to Chinatown in Los Angeles.

If anyone is interested in watching more footage of the actual parade, here is some pretty good quality home movie footage of the parade going down Colorado Blvd. in Pasadena. The Disneyland float is shown here, but it is at the very end of the footage.