Pirates of the Caribbean - 52nd Anniversary & The Pirates Arcade Museum


Disneyland's Pirates of the Caribbean attraction will be celebrating it's 52nd anniversary this month. Today, we'll be taking a look at the "Pirates Arcade Museum," which used to be located at the exit to the attraction. The arcade was home to "Fortune Red" (the fortune telling pirate) and many other coin-operated machines.

One of those machines dispensed sets of postcards, featuring original attraction artwork by legendary Disney Imagineer, Marc Davis. There were two sets altogether, with six bundled postcards in each set. Here are the postcards from both sets. 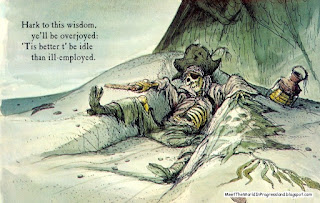 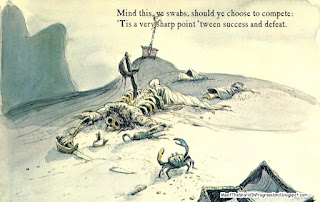 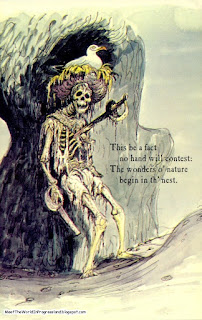 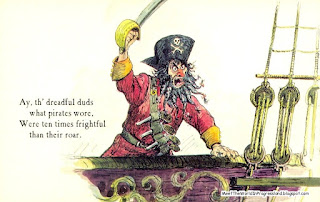 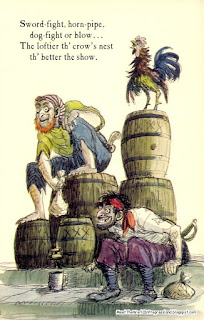 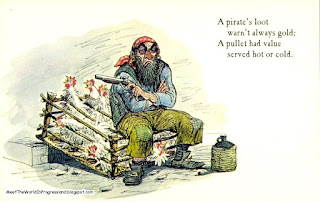 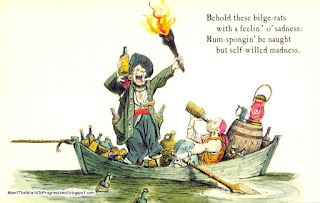 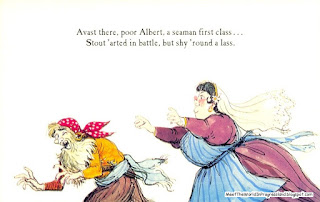 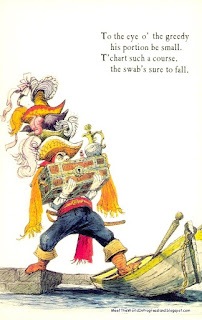 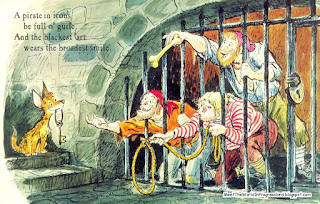 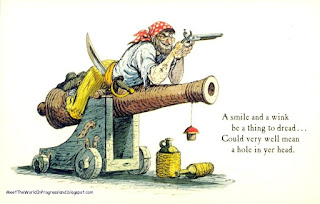 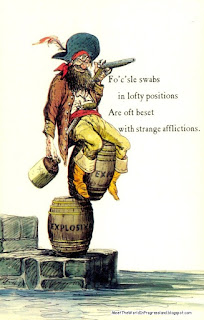 This information was on the back of all the postcards. 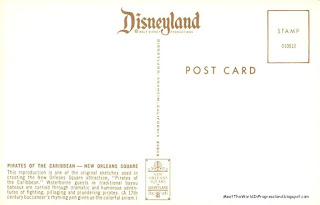 By the way, there was a similar machine in Teddi Barra's Swingin' Arcade in Bear Country. However, it dispensed individual postcards as opposed to the bundled sets. Each of those cards featured Marc Davis' artwork for the Country Bear Jamboree attraction.

The Pirate Arcade closed in 1980 and the space was converted into the "Pieces of Eight" shop (because there weren't already enough shops in Disneyland!) 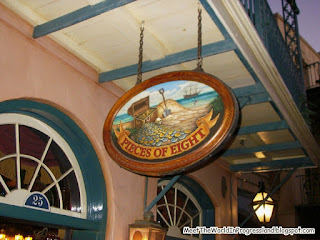 I bought this black velvet drawstring bag in the shop, back in 1983. 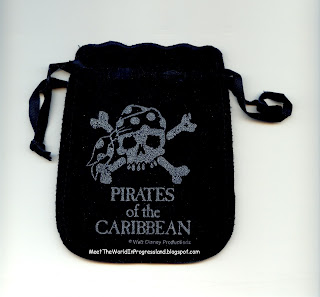 Fortune Red stayed behind in the Pieces of Eight shop. He remained there for many years, but was eventually moved next door, just inside the entrance to the Royal Courtyard. 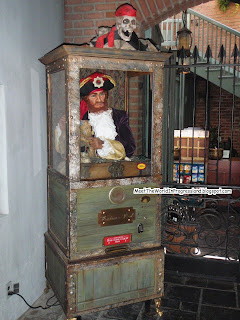 The photo above, was taken in 2009. These next two pics were taken in 2014. Note that the price of a fortune had actually gone from fifty cents, down to twenty-five cents. Also within that time, Fortune Red got himself a new outfit and took up smoking! 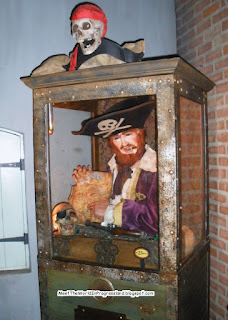 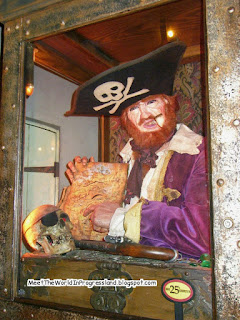 After dropping a quarter in the slot, Fortune Red's finger follows a trail on his treasure map, while "Yo Ho, Yo Ho, A Pirates Life For Me" plays in the background. When he gets to the end of the trail, a "fortune card" is dispensed below.

Here are some samples of the cards that used to be dispensed. All of them had this Jolly Roger info on one side. 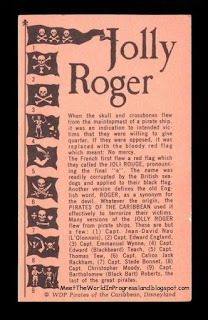 Various "fortunes" appeared on the reverse side of the cards. I think it's kind of neat how the fortunes all referenced an attraction or an area of the park. I especially like how the pink one below, mentions the "bubblin' wonders o' the Rainbow Caverns in Frontierland." 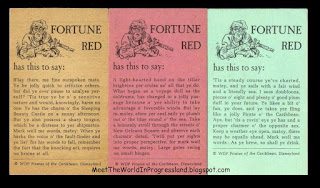 Today, the fortune cards are a little bit larger. The Jolly Roger info has remained the same, but they have added some new graphics. The cards also have "The Walt Disney Company" printed on them now, instead of "WDP" (Walt Disney Productions). 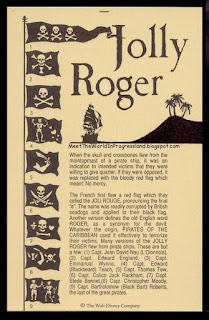 I'm not sure if all of the "fortunes" have been rewritten or not. I don't have an older copy of this particular fortune and this is the only "new" card that I have. 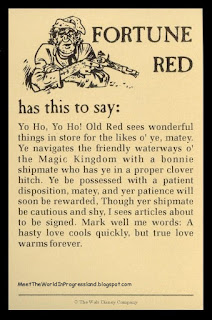 Incidentally, Fortune Red's outfit used to match the sketch of the pirate on the card a little more closely, but at some point, he was given fancier duds.

To see a pic of the Pirate Arcade from 1971, as well as a vintage pic of Fortune Red, click here for a terrific post from Major Pepperidge of Gorillas Don't Blog!

Happy 52nd Anniversary to Disneyland's Pirates of the Caribbean!

***POST UPDATE*** I'm including this page from the Spring 1975 Disneyland Guide, to show the exact location of the Pirates Arcade Museum. Looking at the map, the exit to Pirates of the Caribbean is just to the left of the arcade (in that small indentation in the building's outline). 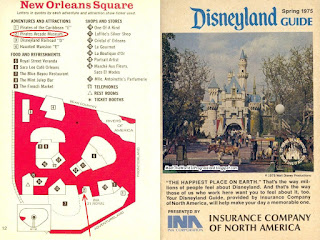 Here's a current photo of that "indentation" in the building, where the attraction exit is located. A little bit of trivia here - there used to be two doorways along the exit walkway, which led directly into the Arcade. When the Pieces of Eight shop moved into the former Arcade space, one of those doors was permanently closed and a metal railing was placed across the front of it. 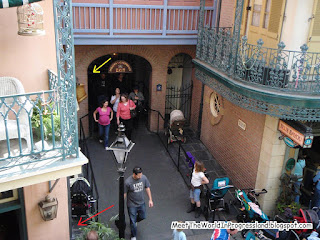 The yellow arrow above, is pointing to the location of the doorway that was permanently closed (just inside that brick archway). The red arrows above and below, point to the second doorway along the exit walkway, which still exists today. 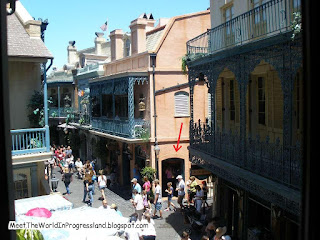 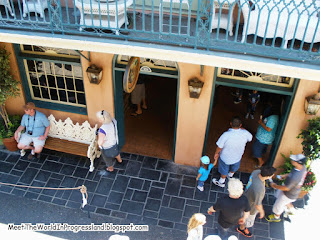