We have been working our way backwards through the 1966 Rose Parade. This is the second to the last post in the series. Tomorrow's post will include Walt Disney himself, Mickey Mouse, Peter Pan, Captain Hook, Pinocchio, Mary Poppins and the Disney version of Cinderella (see the second photo below for the non-Disney version.)

First up today is, the 1966 Rose Parade Queen and her royal court. 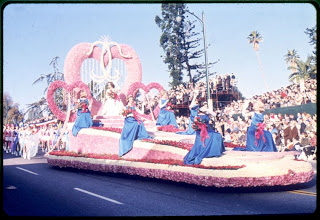 Next....a non-Disney version of Cinderella riding inside of the Huntington-Sheraton Hotel's float entitled, "Cinderella Returning From The Ball." 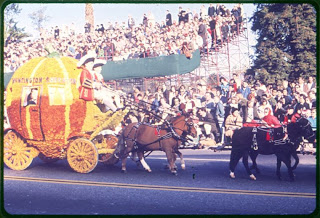 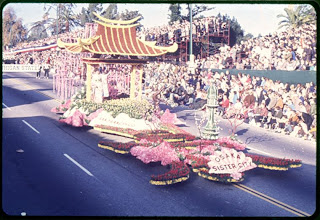 Next we have an Apollo space capsule that appears to have just landed on an alien planet. This entry belonged to the City of South Pasadena and was entitled, "It IS A Small World." 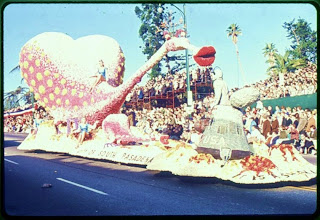 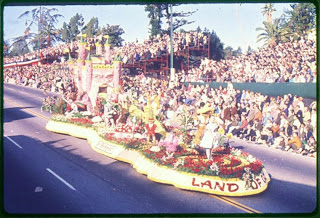