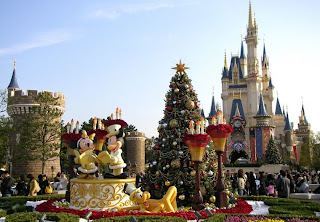 Today's photos are from the 2006 Christmas season at Tokyo Disneyland. As with Halloween, several character vignettes are set up throughout the Plaza at Christmas. See a Halloween comparison shot here: Plaza At Halloween. These figures and sets are completely different every year. The costumes on the Plaza figures usually reflect what the park characters are wearing in the Christmas parade each year, as well as the theme for that year's Christmas merchandise. 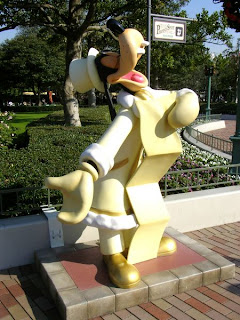 The theme in 2006 featured the "fab five" caroling while dressed in sort of a Dickens attire.
. 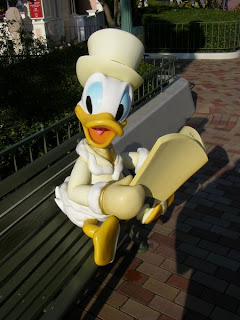 Peter Pan and Tinkerbell were also featured in the Plaza...... 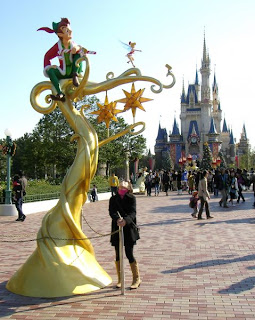 ....and while Peter Pan isn't included on the postcard below, he and Tinkerbell were both featured on other 2006 Christmas merchandise such as plates, mugs, ornaments, etc. 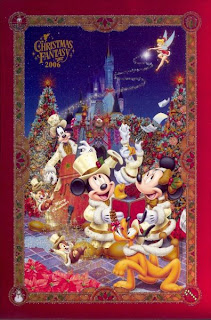