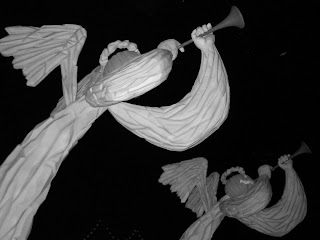 This is the last post of my Tokyo Holiday Haunted Mansion series! The first two pics are from the graveyard and they look like they could be right out of Anaheim's holiday version. The only difference....the giant pumkin angel in the photo below actually has a blast of air come out of his horn as you pass under it. Anaheim's is lacking the air effect. 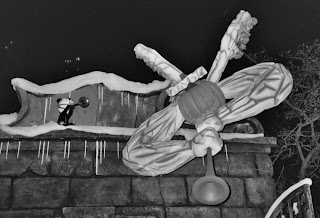 Next, we enter the crypt and see Lock, Shock and Barrell popping up out of packages in the spot where the hitchhiking ghosts normally stand. In Anaheim's holiday version, this is where Oogie Boogie stands and spins his wheel. Anaheim originally had a different scene in this spot before Oogie Boogie was added. (That scene can be viewed here over at Davelandweb.com). Remember, Anaheim's Haunted Mansion Holiday attraction has had some changes made to it since that first year that it debuted. Another major difference was that they did not originally use the Danny Elfman music on the soundtrack. I believe that was because in the first year, there was a problem securing the rights to his score. 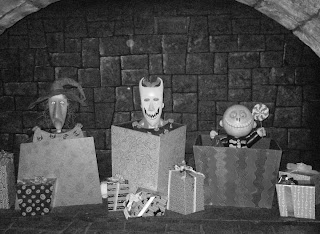 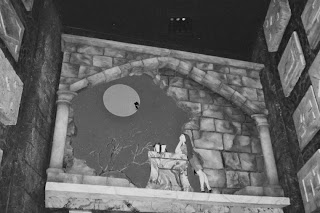 I hope everyone enjoyed the tour of Tokyo's Holiday Haunted Mansion. Over the next couple weeks, I will continue posting other holiday photos from Tokyo Disneyland and Tokyo DisneySea.
Posted by TokyoMagic! at 11:44 PM

I just gotta tell you how much I enjoy your blog. It is fantastic, Merry Christmas.

Wow...thank you, Viewliner! The feeling is definitely mutual!