This is Part 4 in a 6 part series on the 1966 Rose Parade. Once again, the theme was "It's A Small World" and the grand marshal that year was Walt Disney. Check back on New Year's Day for a photo of Walt and Mickey riding in the parade. 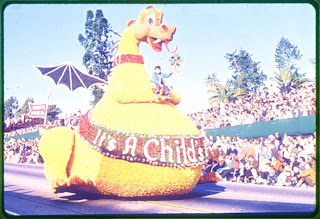 Next we have the City of Los Angeles' float entitled, "June in January." 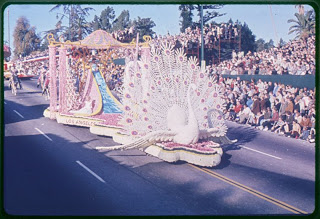 Below, is the Union Oil Co.'s float, "The Old Swiss Clock" Note the large fork and knife and the plate of Swiss cheese with a rat poking it's head out through one of the holes. Weird! 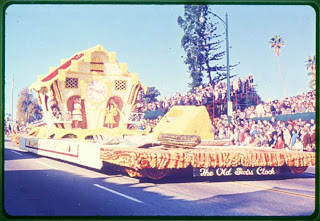 The City of Long Beach, California sponsored this float entitled, "Marco Polo Returns From The City of Cathay." 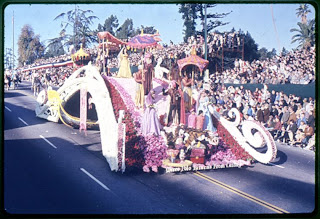 And last up today is British Columbia's float, "A Royal Welcome - Centennial 1966." 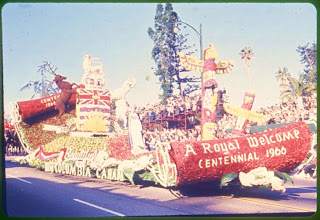 Stay tuned....only 2 more days of the parade remaining. Tomorrow's floats will include The Land of Oz, Cinderella, and a visit to an alien planet via an Apollo space capsule.....after all, it was 1966!
Posted by TokyoMagic! at 6:07 AM