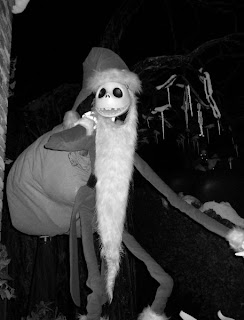 This is the second to the last installment on Tokyo Disneyland's holiday version of the Haunted Mansion....one more post and we'll be done! Once again, these scenes are almost identical to Anaheim's holiday version. Jack Skellington (as Sandy Claws) and his dog Zero replace the graveyard's night watchman and watchdog. This is Tokyo's second fully audio-animatronic Jack Skellington. The first one was seen in part one of this series of posts. 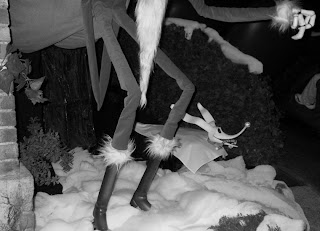 The singing busts are covered up for the season with singing jack o' lanterns. 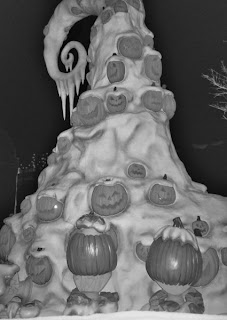 A flying reindeer skeleton holds a tray of drinks in it's mouth. 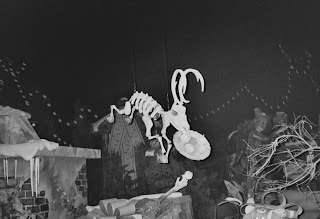 Check back tomorrow for the final post in this series featuring the last of the Graveyard scenes as well as the Crypt where we'll see who (or what) replaces the Hitchhiking Ghosts in the Tokyo version. We will then move on to other Christmas happenings in the park.
Posted by TokyoMagic! at 11:57 PM