Father's Day In The Parks

In honor of Father's Day (and my Dad!), I'm posting some slides from my personal collection. My dad took all of these photos himself over 40 years ago.

First up, we have two Disneyland slides from the Summer of 1969. This first shot was taken from a PeopleMover car as it exited the Carousel of Progress building and crossed over the Skyway. Look at that line for the Subs! 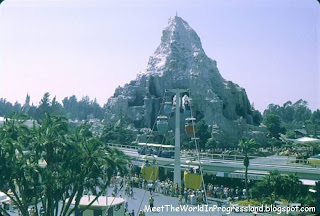 The picture below was of course, taken from the Skyway. I MISS SKULL ROCK....and Captain Hook's Pirate Ship.....and the Skyway! 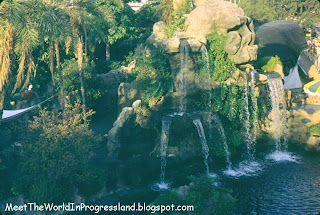 Next we have a shot of the Calico Mine Train at Knott's Berry Farm. This would have been taken when the train briefly comes out of the mountain on the upper level, looking down at a train parked in the unloading area. 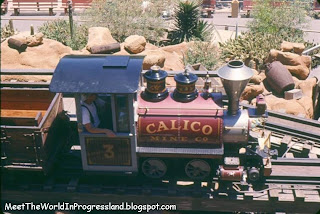 The photo below is of the long gone (but not forgotten) Little Chapel by the Lake at Knott's Berry Farm. Blogger Outsidetheberm wrote a great post recently about this little structure and it's unfortunate demise. But he rescued the interior show elements and promises it will be seen again someday! Both of these Knott's photos were taken in the Summer of 1966. 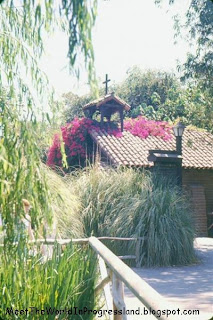 Now we'll head over to the Southern California Coast.....the Palos Verdes Penninsula, to be exact. This is Marineland, a seaside park that opened in 1954....a year before Disneyland and ten years before Sea World. That pole in the background was for an observation car/sky tower type of attraction. I will have to post more of my dad's slides from an earlier trip showing the two-level observation car. These pics are from the Summer of 1967. 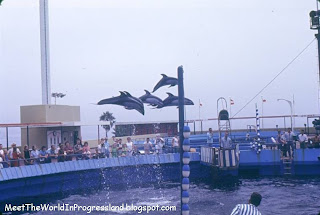 Are these dolphins or porpoises? If you ask me this is animal cruelty....and you can't convince me that they "enjoy" performing. I wonder how long these animals live? Is it possible that some of them could still be around today? 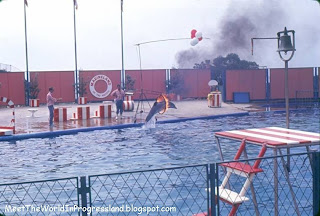 Now we'll mosey on up to the Valley. Here we find ourselves riding in a fabulous Glamor Tram at Universal Studios in 1967. This view is of the New York backlot sets. I'm sure that these sets are no longer standing considering this section of the backlot has burned to the ground twice since this photo was taken....once in 1990 and more recently in 2008. By the way, I also miss King Kong! He's supposed to be making a return this summer, but I've heard very little about it. It sounds like it might just be a 3-D projection of him now, instead of Bob Gurr's huge audio-animatronic figure. I don't want to see a 3-D projection of him, I want to see him up close and in person! That's right, I like to be within pie-throwing distance! 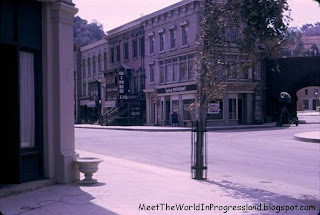 This miniature steamboat was in the old Prop Plaza area at Universal. I'm not sure what this prop was used for. There was once a larger showboat that could be seen during the tram tour. They would explain to guests that it was used in the movie "Showboat." Perhaps this miniature was used for the same film? 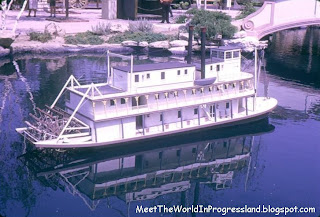 To see a couple more photos of the Universal Backlot taken during this same trip, including a shot of the Psycho House in it's original location, click here: Psycho House.

The lines for the Submarines always seem to be huge and slow-moving. I'm still shocked that Disneyland's re-opened.

Yes, those are dolphins (I used to know what kind, but I can't remember right now). The ring of fire seems like a very cruel trick for them to perform. I guess the park's logic was, "They're wet animals, the fire won't hurt." Awful.

Great photos, I love all these places!

In the first Marineland photo, those are "Common Dolphins"; the second photo appears to be a Bottlenose Dolphin, but it's hard to tell.

what a great collection of pictures!!

thanks especially for the "modern" sky buckets :-)

Thanks Dan and Major, for the Dolphin info!

Nancy, I'll have another shot of the "modern" Skyway buckets coming up in a post next month (for DL's birthday.)

Great trip around all the theme parks. Especially like that overhead Calico Mine Train shot!