Let's take a peek at some of Knott's Berry Farm's Halloween decorations. These pics were all taken during the day since I haven't yet decided if I'm going to go to one of their Halloween Haunt nights. I'm considering it, but I just don't know if I want to deal with the crowds. I worked many of the Haunts back in the eighties, but the last time that I actually paid to go to a Haunt was in 1982. I remember Elvira singing a parody of Toni Basil's "Mickey" that night and a cover band in Fiesta Village singing Human League's "Don't You Want Me Baby?" Ah, but I digress.....here we go with the photos.

Thar be skeletons in Ghost Town......lots of 'em! Here are a few that can be found on the balcony of the Gold Trails Hotel. 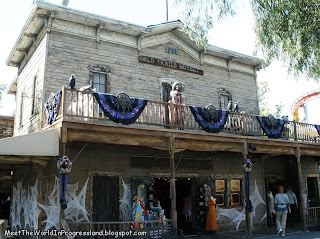 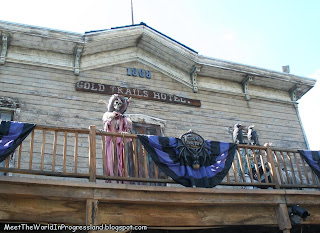 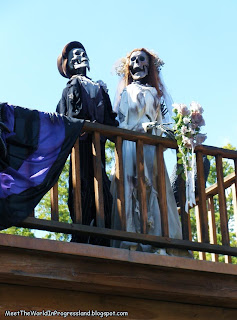 These next two can be found near the entrance to the Wagon Camp. 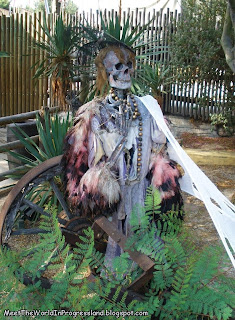 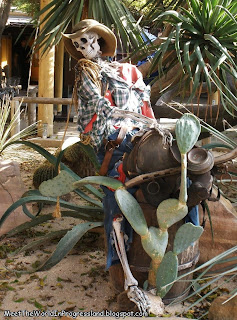 This vignette is located along the pathway that leads to Silver Bullet. 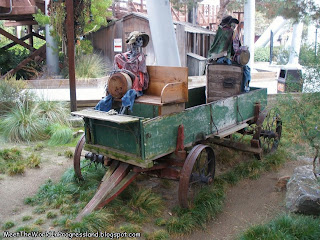 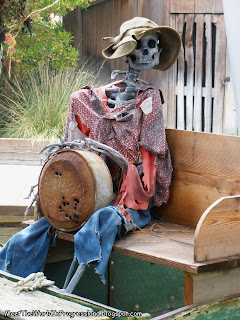 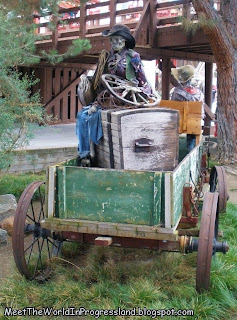 The Calico Train Depot has it's own pair of skeletons. 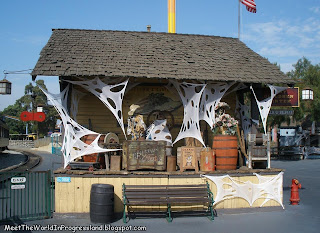 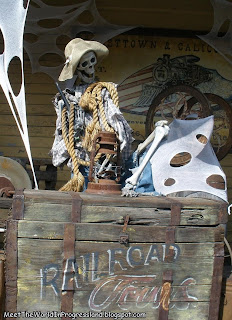 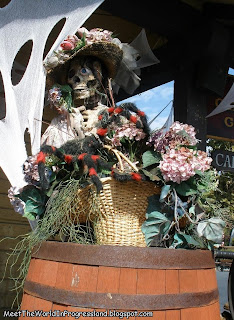 This one climbed up onto the roof of Judge Roy Bean's. Maybe it's supposed to be Lily Langtry? 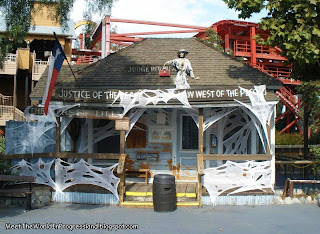 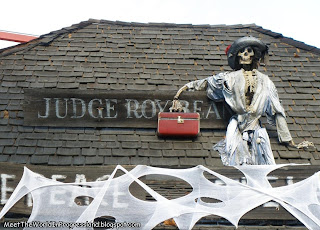 The stage in Calico Square is decorated as well. You can see a gallows on the far right of the stage. I wonder if they still do the traditional "Hanging of the Witch" show? 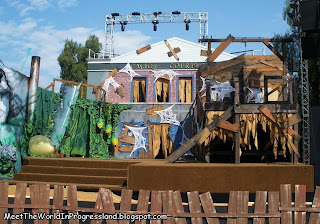 Looks like they might also use the stage for some musical numbers.....I smell a Lady Gaga parody of some sort. I just wish it was Elvira that was coming out of that egg.....then I would definitely buy a ticket! 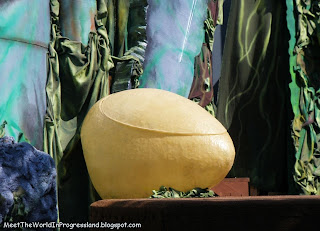 Check back for more Knott's Scary Farm coverage!
Posted by TokyoMagic! at 1:40 AM

Thank you, thank you, thank you for these pictures!!!! I am dying to go to Knott's and if I had the money, I would go to the Haunt. I went about 8 years ago on a Thursday night and LOVED it!!! I am dying to get out of the house and these pictures have made me want to head on out to Knott's and walk around. Only 5 more days and then I am free to leave the house and do what I want!!!! Sounds awful, I know but my roommate will be cleared to drive on the 12th and then I can take off early in the morning to go to the Parks! (But I have to get over this stupid cold, first.)

Connie, I hope your roommate is feeling better. Get over that cold of yours and then head over to Knott's. A lot of the Halloween stuff can be seen during the day....although, I know we don't get the full impact if we aren't seeing it at night as it was intended to be seen.

Major, Yes, Elvira hasn't been there for years. I think she was replaced by the Crypt Keeper in the early nineties, but I don't think they even have him anymore. Would kids today even know who/what that is? Remember when Wolfman Jack was there? And before that it was Seymour. I've been told there are weekday Haunt nights that aren't too busy, but you should probably avoid it on the weekends. And of course the closer we get to Halloween, the crowds will get worse too. I think it is also cheaper if you go on a weekday.