This is Disneyland (26 Colorful Scenes) - Part 1


Here's a Disneyland souvenir postcard "fold-out" similar to the Haunted Mansion version that I posted back in 2010. This one was also purchased at the park in the early 1970's, even though the graphics on the cover show the Tomorrowland Moonliner Rocket, as well as the Frontierland Stagecoach. The booklet is undated, but I'm guessing that it's from 1967 or 1968. I'm assuming this because it includes photos from the 1967 Tomorrowland as well as from Pirates of the Caribbean (to be seen in Part 2 of this post), but there aren't any pics of the Haunted Mansion which wouldn't open until 1969. 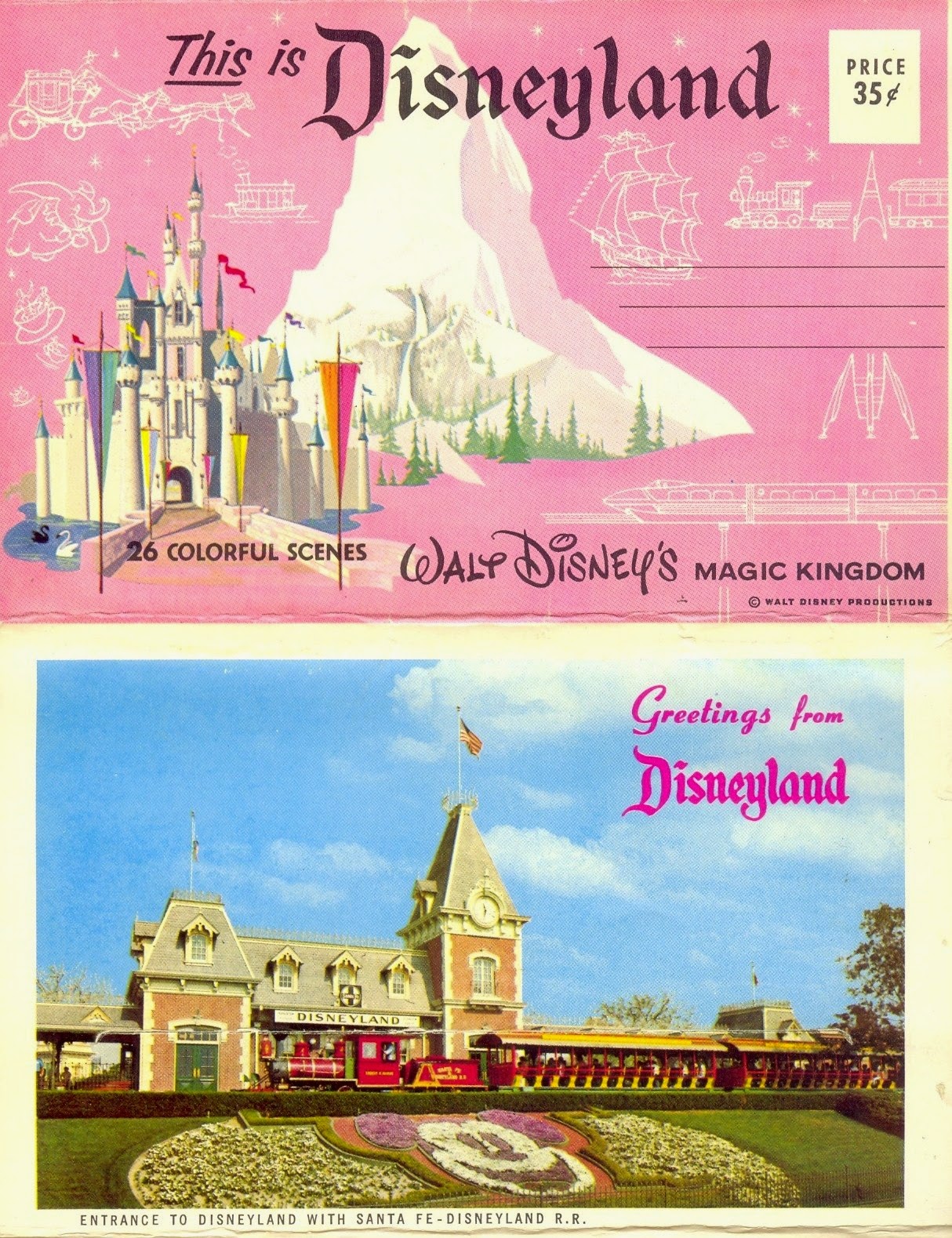 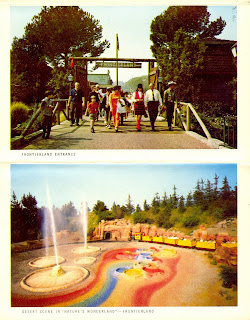 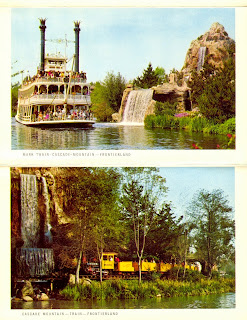 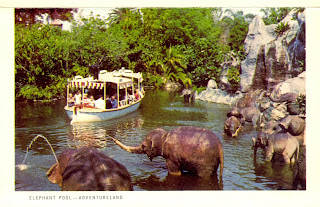 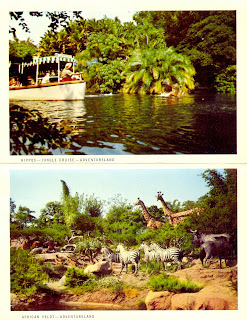 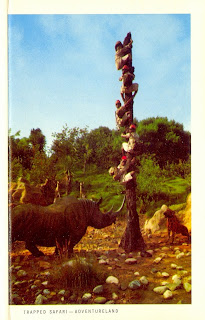 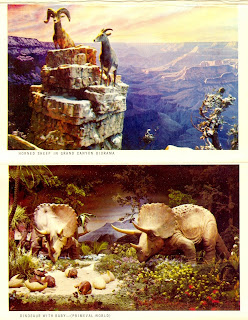 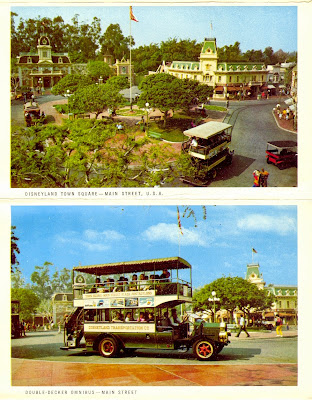 Wow, after a year I was sure that this blog was on "permanent hiatus"!

I love these postcard folders; some of them contain unique images that were never used for individual cards (including a Viewliner image). I think they continued to use that pink cover for at least 20 years, occasionally swapping out/updating photos… I wouldn't be surprised if there were a dozen variations.

Hey Major, I never intended to stay away from blogging for so long. It just sort of happened. :-(

I do have a couple older versions of this postcard folder. Maybe I should have posted them first!

The Audio Animatronic dinosaurs may be my favorite thing at Disneyland (especially the Triceratops babies).

Me too, Dan. They are one of my earliest childhood memories of Disneyland. I loved them even more after finding out about their pre-Disneyland history.