In honor of my dad, who I lost just three weeks ago, I'm rerunning this post from March 11, 2011 featuring his Universal Studios "screen test." 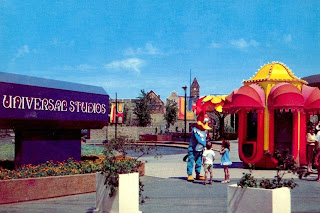 It was the summer of 1973 and I was eight years old. My grandmother was here visiting from out-of-state and we took her to Universal Studios. My family had been to Universal Studios once before (I've previously posted a few slides that my dad had taken in 1967), but being only two at that time, I had been left at home (hopefully not alone!), so this was my very first Universal visit. 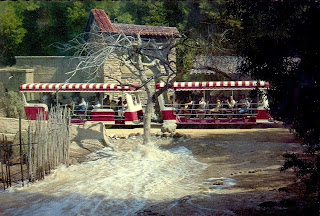 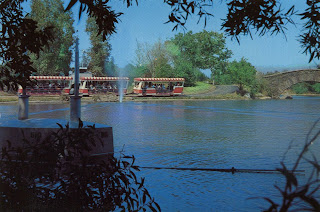 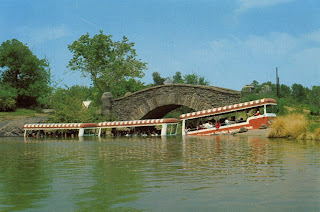 I can recall a few things from that first visit, like the Flash Flood effect, the submarine that fired a torpedo at our tram, and the parting of the Red Sea, but the thing that I remember the most about that visit was that my dad was chosen to participate in The Stage 70 Show. This was the show where audience members were chosen to act in scenes from the television show, "Adam-12." The scenes were filmed, edited and then played back at the end of the show. Guests could also purchase a copy of the film and of course, since my dad was in it, we had to buy it. 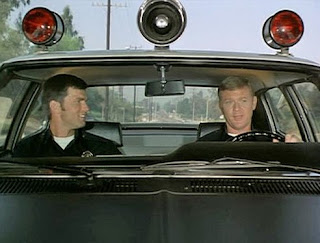 The real stars of "Adam-12," Kent McCord and Martin Milner.
I remember my dad showing the souvenir film whenever he would get out our "home movies." I have since been given most of the family slides and home movie footage, but this is one that I did not have and had not seen in over 30 years. Well, my dad recently located this film and had it transferred to DVD, so I am posting it here. Oh, and my dad was chosen for the Martin Milner/Pete Malloy part, so he is the one behind the wheel of the police car and in the later scenes, he is the police officer wearing the white patend leather shoes. Universal provided the costumes that the policemen are wearing, but they didn't provide shoes and my dad was wearing white dress shoes that day! I've posted the film below, and here is the link for watching it in a larger format on YouTube: Universal Studios - Adam-12 Show

The thing that actually sparked my memory of this show and led me to ask my dad to look for it, was seeing this slide posted over at Gorillas Don't Blog, last July. 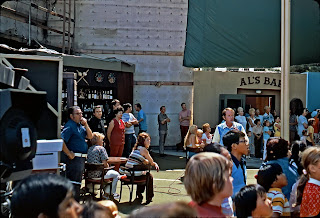 The slide is reposted here with permission from Major Pepperidge (thanks, Major!) You can see the set for the exterior of the bar on the far right with the telephone booth to the left of the front doors. The set of the bar's interior is visible on the left side. People chosen to be patrons in the bar can be seen sitting in the chairs and one of the policemen can even be seen standing next to them. One thing that my brother recently pointed out to me is, that they didn't try to alter the lighting for the indoor shots, so when you are watching the film, the indoor set is just as bright and sunny as the outdoor set (both sets were located outside as you can see in the photo.) 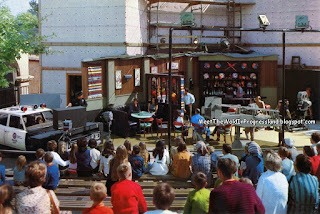 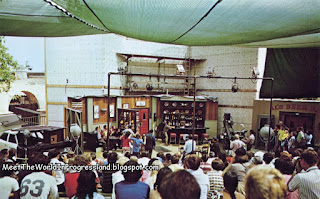 This photo of the Stage 70 Show was taken from a 1974 Universal Studios brochure. 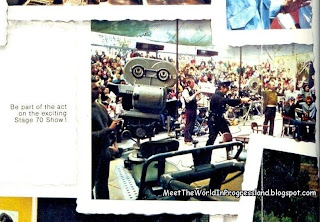 By 1975, the Stage 70 Show was re-themed to the television show, "Emergency!" Here's a postcard showing what the new sets looked like. 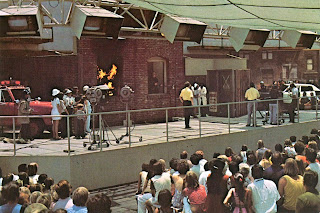 A few years later, the show was re-themed yet again to the movie, "Airport '77." At this time, the name of the theater was also changed from Stage 70, to the Screen Test Theater. 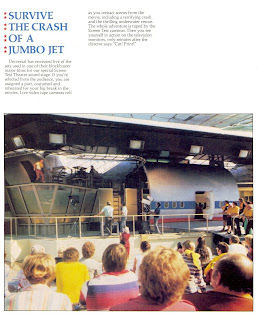 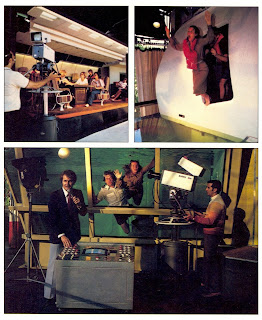 I remember seeing both the "Emergency!" and "Airport '77" versions of the show on multiple occasions, but I was never with anyone that was picked from the audience. The last incarnation of this show used a "Star Trek" theme, which I remember being surprised to see at Universal Studios since "Star Trek" was a Paramount television show and movie franchise.
***Post Update***: Shortly after posting this, I realized that the "Emergency!" version of the Stage 70 Show and the "Airport '77" version are both available on YouTube (unfortunately, neither of them include the audio). Here are those films:

This is a nice tribute to your dad - I'm very sorry to hear of his passing.

There's something about those white shoes that is so inadvertently funny! Since the sets were outdoors, I assume that any hint of rain meant that the screen test was canceled.

Meanwhile, the "Airport 77" screen test isn't much worse than the actual movie!

Digital video would make an attraction like this so much easier, you'd think that they would still have it as part of the tour.

Thanks, Major. And thank you again for checking in on me to see why I had gone missing from the blogs.

I watched the Universal footage again last night before reposting it and I did laugh when I saw the shoes. I had just come across a photo the other day of my dad wearing those same white patent leather shoes and it made me think of the film.

Universal Orlando's Disaster/Earthquake attraction uses several people out of the audience to film a few stunts and then they film everyone during the actual "earthquake." They show you the completed footage, but it isn't available to purchase. You'd think they would make a lot of money selling copies of it to guests.

What a wonderful memory to have of your dad. He made a good cop. :)

It seems amazing they produced these things before digital.

My heart goes out to you as I know only too well what you are going through :-(

First of all, I'm very sorry for your loss. On the topic of Airport '77, my sister was in one of the "casts" and I have the footage somewhere. I'll have to find it and post.

Sorry to hear about your dad, and I will echo what everyone else is saying....this is a very nice tribute to him. I also like the white shoes story! Take care of yourself.

I am deeply sorry to hear of the loss of your Dad. I definitely can understand what a difficult time this is for you & your family. My mother passed away just over 10 years ago & I remember what a sad, strange time that was for me then. I agree that this is a fitting tribute to your Dad & a memory that you'll always have. Thank you for sharing this with us and for all your posts! Your blog is one of several that I check practically daily & really enjoy.

BTW, my first and only visit to Universal Studios was in the summer of 1973. I was just 5 years old and still remember some things from it. We walked through Lucille Balls' dressing room & could see some of her gowns on a clothes rack. It was part of the tour at that time. I also remember the burning house set from the tram tour. Thanks again for sharing all the great pics and info in this post. Take care.

Thank you so much, SWS, Connie, Jed, Patrick and Kyle.

Kyle, I have just discovered some photos that my dad took during that 1973 trip to Universal. I hadn't seen these in a very long time. I also found a pic that he took in the '80's of the Burning House (which no longer exists). I will eventually post all of them. Thanks for following and commenting.