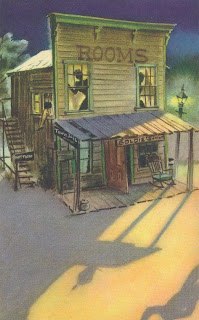 This is a follow up to my Farewell to Goldie's Place post from three weeks ago. Well, it turns out that Goldie's is being rebuilt, and rather quickly. I went back one week after those demolition pics were taken and found this sign hanging on the construction wall. 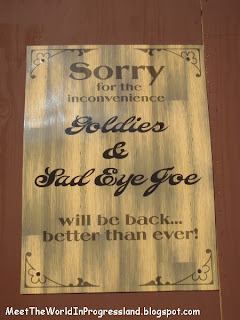 Here is a repost of a demolition pic from three weeks ago. 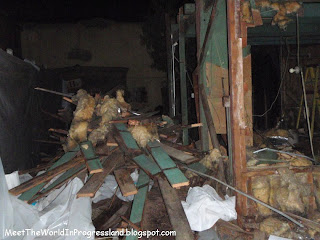 Here's the same view from two weeks ago. The foundation for Goldie's was already in place and there was metal reinforcing laying on the ground waiting for concrete to be poured. 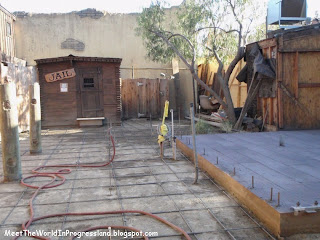 And here's the same view taken just last week. The framing of the building had already begun and the concrete had already been poured on the ground adjacent to it. 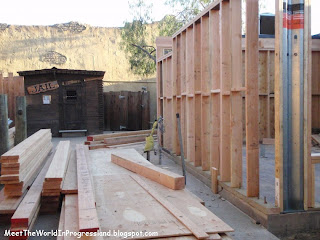 Next, is another repost from three weeks ago...... 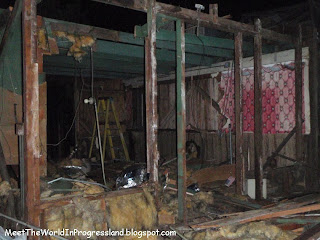 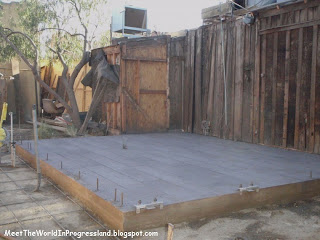 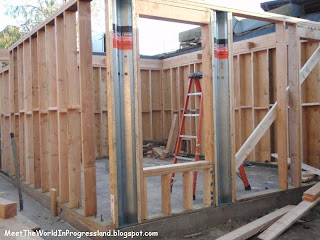 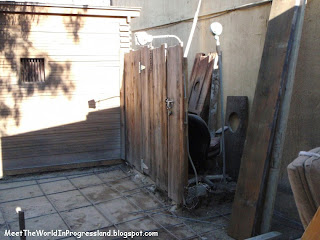 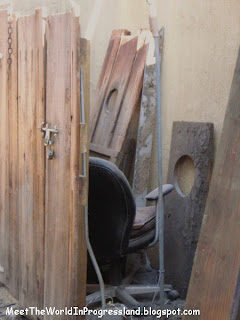 This last photo was taken one week ago after the concrete had already been poured. I don't know for sure if those wood panels did come from the outhouse, but that structure is missing. I wonder if it will be rebuilt as well. Unfortunately, I don't have any "before" photos of it. 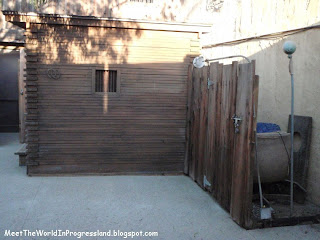 Stay tuned. I will try to do future updates on the construction as it progresses!
Posted by TokyoMagic! at 11:45 AM

I sure hope they do a good job of building a structure that looks "old"; I keep thinking of Fort Wilderness!

I'm with you, Dave! I think Knott's did a pretty good job with the rebuilding of Hop Wing Lee's Laundry, the Assay Office and the Barber Shop, but I do feel that the Ghost Town Jail and DL's Fort Wilderness both look like they came from a prefab "build-it-yourself" kit.

Good to see Goldie's and Sad Eye Joe are coming back. I hated to see it all demolished but it is good to see the fresh lumber going up. The old buildings probably needed to go. Now these peek-ins could be around for another 70 years!

Well, I am glad they are redoing Goldies, from the demo pics it looks like it was in pretty bad shape.

I can do without the prefab Lincoln-logs looks however...

All that concrete seems wrong too, I kinda like the slanted/uneven asphalt that used to be there.

Thanks a ton for these reports, can't get to the farm myself so this is the next best thing!