This is a continuation of my last post , which was a vintage Disneyland trip report from November of 1982. During that visit, my friend Tonya and I rode the Skyway to get a sneak peak at the new construction (and sadly, the demolition) of Fantasyland. The Skyway at that point was "round trip." That meant they weren't letting guests off at the Fantsyland station. When the Skyway gondolas entered the station, you had to stay inside the vehicle and the cast members would push you around the curved section of track and back onto the cable in order to send you back over to Tomorrowland. 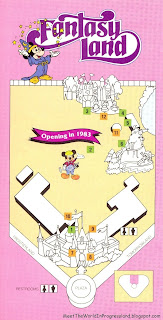 The view at this time was spectacular....or horrific, depending on your outlook. I really didn't have too much of a problem with the "New Fantasyland," EXCEPT for the fact that Captain Hook's Pirate Ship and Skull Rock had to be sacrificed in the process. I think they both should have stayed at any cost and that Dumbo could have been relocated somewhere else. After all, Dumbo was originally supposed to be relocated to where Videopolis/The Fantasyland Theater ended up being built. It was going to be part of a "Dumbo/Circus" themed area that would have been an entirely new land for the park. But as usual, plans change when it comes to future attractions at the Magic Kingdom.

Oh, but I digress. Let's begin our 1982 round trip excursion on the Skyway! You won't see any aerial shots of Tomorrowland here. This is back in the days of film, so I saved every remaining shot I had for the Fantasyland portion of the ride. First up, is a view of the Alice In Wonderland attraction. It would not be opening in 1983 with the rest of the New Fantasyland. It's reopening would have to wait one more year. 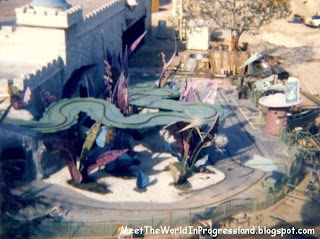 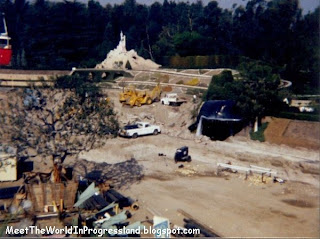 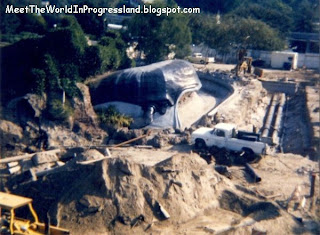 The west wing of the castle was shut down for rehab first (just after the Christmas season of 1981/82), while Mr. Toad and Peter Pan remained open. That's why the Snow White & Pinocchio side of Fantasyland is so much further along in these next two photos. I remember that the east wing's construction went much faster....it would be completed by May of 1983. Again, these photos were taken in November of 1982. 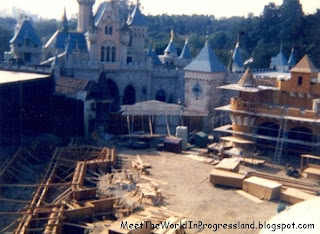 Here's a pic of the Village Haus Restaurant under construction. Big Thunder Mountain used to tower over Fantasyland....at least until the pine trees grew taller. 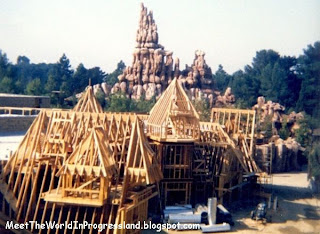 I have many more photos of the New Fantasyland construction. Some were taken earlier than this visit and some later. During that time period, we always had to ride the Skyway to check on the construction progress. I will post more of these construction photos in the future!
Posted by TokyoMagic! at 12:04 AM

OMG! Just found your post, drooling over the FL construction photos - WOW - gotta go see the rest of you post!

Nice post and great photos. Seems like a lot of us did the same thing - riding the Skyway back and forth documenting the development of the new 'land'.

Thanks for the look, it's appreciated!