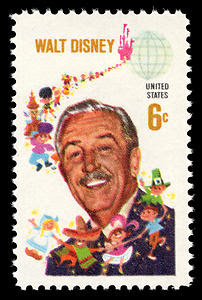 Forty one years ago today, the Walt Disney Commemorative Stamp was released. This was just three months short of the second anniversary of Walt Disney's death. The stamp first went on sale in Marceline Missouri, which was Walt's boyhood hometown. There were several different commemorative "covers" or envelopes that were available for the stamp's release. Here are two examples (both of these have Marceline, Missouri postmarks.) 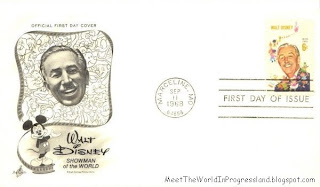 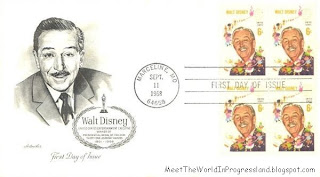 The second envelope was given to Disney employees in this special folder with Mickey Mouse embossed on the front. 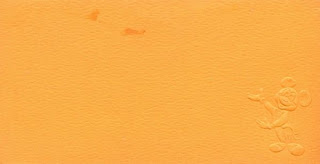 I'm assuming from the letter inside, that these were given to employees that worked at the Disney Studios. 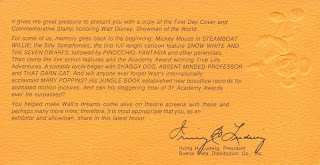 Eleven years later, the stamp was part of a "Historic Stamps of America" series with a special cover/envelope. This also has a Marceline, MO postmark, but it's on a "then-current" postage stamp. The commemorative stamp itself is located underneath a raised plastic covering. 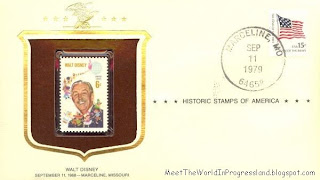 The following information card came inside the 1979 envelope. 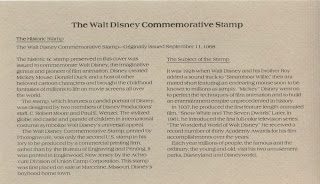 I remember this when it came out; always thought it was a nice portrait of Walt.