This is the second half of the Los Angeles Times ad supplement for Knott's 60th anniversary from 1980. The first half can be seen (here) in my previous post. 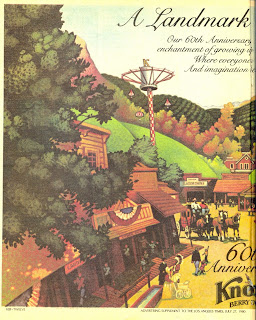 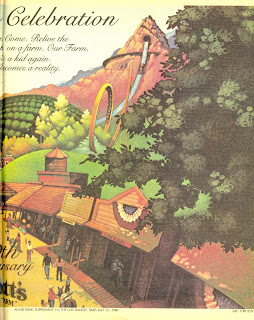 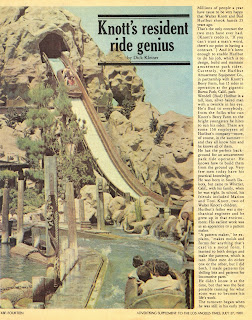 When I rode the Log Ride last week, it seemed like some of those vignettes featuring the animals had been removed or covered up. Interesting that it was Hurlbut's uncle that shot the bears that were "arranged so realistically" in the ride.....or at least the ones that used to be in there. 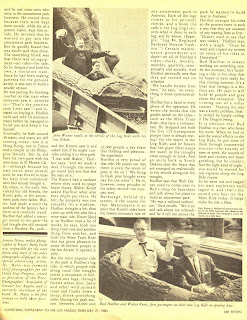 I wonder if the Buena Park Mall still has the rocks for kids to climb on.....uh, probably not. They were still there in the seventies. 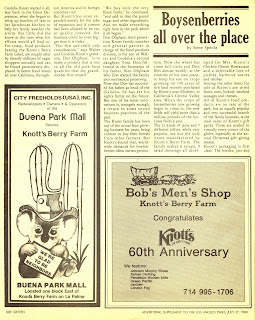 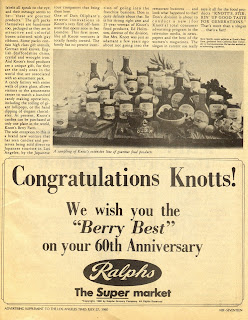 Virginia Knott's gift shop originally started out as a card table in the Chicken Dinner Restaurant with a few items on it for sale. 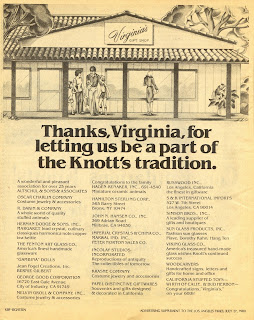 The article below states that, "Burros, one of the earliest forms of transportation carry happy children around a foliage-lined track." It's refering to when the Burros were over at the Lagoon, and that foliage-lined track was actually the dry, dug-out waterways that sat next to Jungle Island for years. As mentioned in the book, "Knott's Preserved," it was all part of Bud Hurlbut's unrealized North Woods Fur Trapper boat ride. Those dry waterways can be seen in the aerial shot on page 109 of the book and artwork for the proposed attraction can be seen on pages 110 and 111. According to the description in the book, the attraction was going to be "a tropical cruise with tiki overtones" (a Knott's Jungle Cruise?), but "the theme was changed to fur trapping which seemed more fitting to Knott's Berry Farm." I wish this attraction had been completed! As a kid, I always thought the area looked like it was supposed to be filled with water. 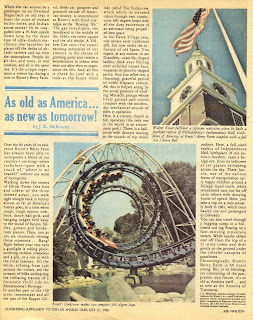 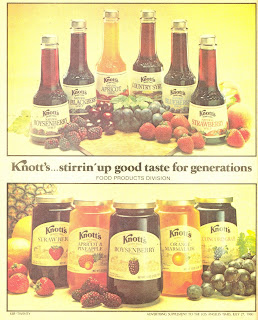 Anyone tired of Knott's yet?
Posted by TokyoMagic! at 12:01 AM

Nice! Was wanting to read this again. Thank you.