We continue today with the 1966 Rose Parade. Again, the theme was, "It's A Small World" and Walt Disney was the grand marshal. We are working our way backwards through the parade and will end this series on New Year's Day with photos of Walt Disney, as well as the Disney Studio's float.

First up, we have the Negro Rose Parade Committee's float entitled, "The World of Culture." 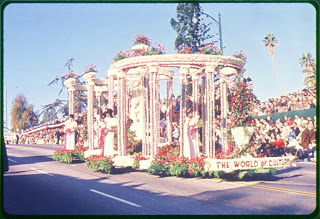 Below, is the Salvation Army's float, "No Man Is An Island." 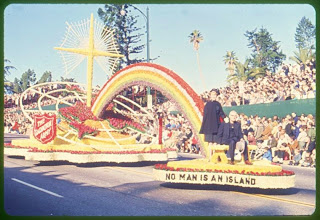 The American Trucking Association's float is next. The title of this float was, "A World of Music - Swan Lake." 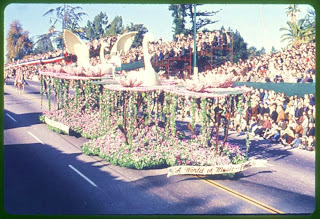 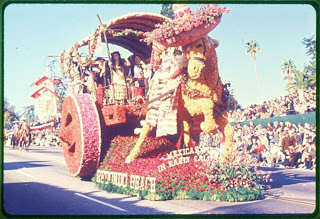 And last we have the Al Malaikah Temple with their entry, "Love Makes The World Go Around." 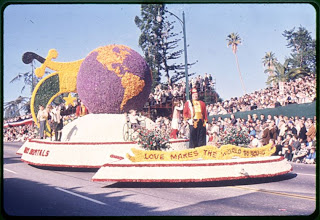 Again, I will be posting every day from now until New Year's Day with more photos from this parade. Coming up......Cinderella, The Land of Oz, Mary Poppins, and Go-Go girls!
Posted by TokyoMagic! at 3:12 AM